Process is vital to excellence in community arts, says report

The Creative People and Places scheme should prompt new thinking about the role of communities in delivering arts programmes in areas of least engagement, according to a new study. 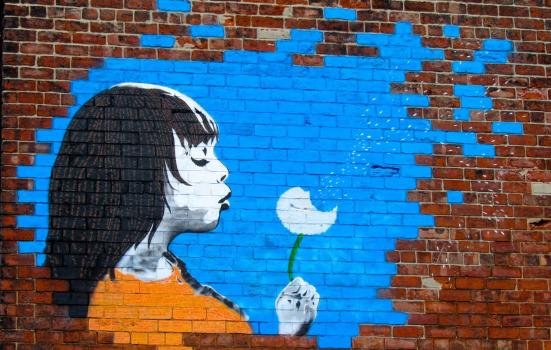 A new report examining the meaning of ‘excellence’ in the context of Arts Council England’s Creative People and Places (CPP) programme has found that one of the most important legacies of the scheme will be the way it stimulates discussion around arts practice in different areas, identifying what works in each context, what doesn't and why.

The report notes that CPP has been influential in moving stakeholders “away from easy assumptions about programme, or place or ‘what people want’” and concluded that whilst the relevance, skill and rigour of arts work are important, ‘how’ it is done – and reflecting on that process – are also vital.

CPP aims to encourage involvement in the arts in parts of England where engagement is below the national average. Unique arts projects have been developed by involving local people in 21 different areas across England.

The report, ‘What it does to you: Excellence in CPP’, is based on the experiences of the first three years of the scheme.

The research was commissioned by cultural education agency A New Direction and delivered by Consilium Research & Consultancy in partnership with agency Thinking Practice. In the context of CPP, the authors note “the need to avoid fixed views on quality and excellence by assessing the steps that underpin quality rather than the subjective outcome” and the importance of “recognising quality through the eyes of the target audience”.

Two important legacies of the programme, they say, should be greater recognition of local communities as “engaged and active” partners in the design, management and delivery of community arts, and of the level of resources needed to adequately support sustainable community engagement.

The report notes doubts among those involved in CPP whether the work of NPOs would be influenced by the legacy of the scheme, with several saying that this could represent a “false holy grail” and would depend on these organisations wanting to work in these areas and with these communities. But it also remarks that areas of least engagement could be seen as “an untapped market” for many NPOs, if “financial drivers” were used to encourage new audience development in line with the CPP ethos of cultural relevance and inclusivity.