Prince Philip: a steadfast supporter of the arts

Arts leaders and organisations have paid tribute to the Duke of Edinburgh as a committed patron of both the orthodox and the unconventional. 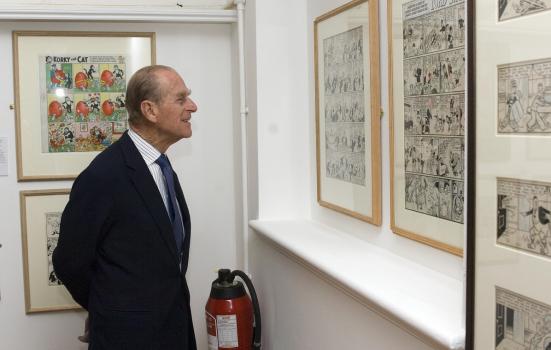 Prince Philip has been honoured as "an enthusiastic and innovative patron" of arts and culture across disciplines and decades.

The late Duke of Edinburgh was patron of more than 800 organisations during his life as a member of the British Royal Family and, despite his known passion for sport and education, he was also instrumental to the success of several major cultural institutions.

As president of BAFTA in 1959, he secured the royalties from a documentary film he commissioned, funding the association's move to its current headquarters. He also championed the National Maritime Museum as a trustee for 52 years until 2000, when he became a patron.

It was Prince Philip who suggested the Cutty Sark be moored in Greenwich, and he gained support for its restoration and public reopening in 1957.

"The importance of the role played by the Duke of Edinburgh in the life of the Cutty Sark cannot be overestimated," Paddy Rodgers, Director of Royal Museums Greenwich, told the BBC.

Some of the Duke's other patronages spoke of his unwavering commitment to their causes. 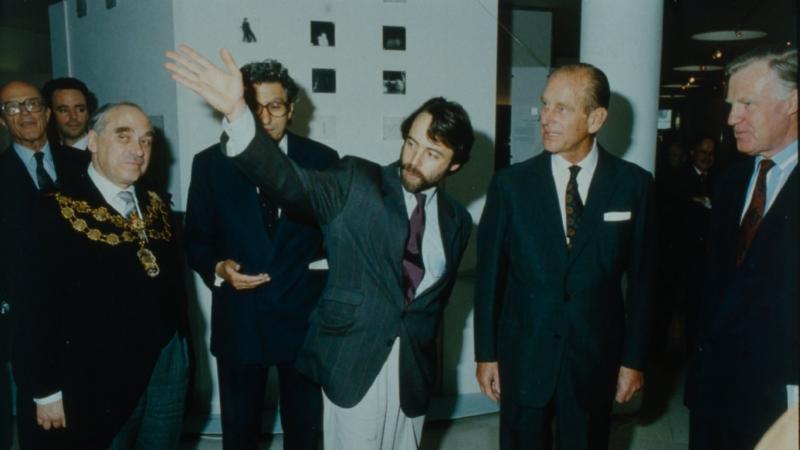 Prince Philip, second from right, at the Royal College of Art in 1992.

"We feel incredibly lucky to have had his patronage for so long, and we were honoured that His Royal Highness chose to remain our patron even after his retirement," Book Aid International Chief Executive Alison Tweed commented on his 50 years of service.

"I know that I am joined by our partners and readers around the world in thanking His Royal Highness for his patronage and expressing our profound sorrow at his passing."

While the prince's celebrity afforded a great deal of publicity to his patronages, his support was often more than merely symbolic.

The Royal Air Force Museum said Philip, an RAF Marshal, was a passionate supporter since its establishment in the 1960s and visited in an official and unofficial capacity: "Privately, HRH was always interested in the museum's progress and he was a staunch adovate for the museum publicly, particularly when we needed support for our major projects."

"His support for our founder Sam Wanamaker was integral to building the Globe Theatre and later opening the Sam Wanamaker Playhouse," the organisation tweeted. 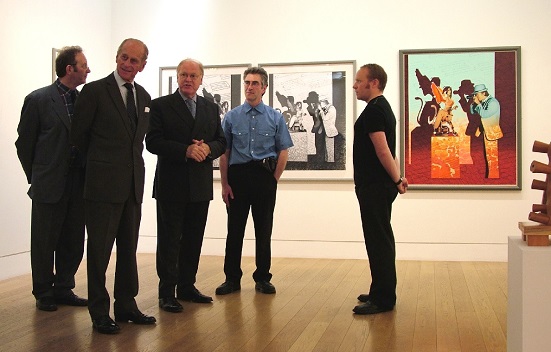 Prince Philip, second from left, at Parallel Paths, a 2006 exhibition at his patronage, the Royal Scottish Academies.

Royal College of Art Vice-Chancellor Dr Paul Thompson said the Duke "always understood the importance of design", creating the Prince Philip Designers Prize in 1959 and regularly chairing its jury. He was also a patron of the Design Council.

He officially opened the National Theatre in 1976 and the Cartoon Museum in 2006, acting as patron of the latter for more than 20 years.

The Duke collected more than 2,000 works of art during his marriage to the Queen, according to his own estimate.

Lord Ed Vaizey told MPs this week that Prince Philip was "not a conventional collector".

"He was an assiduous patron of young contemporary Scottish artists, and transformed the walls of Holyroodhouse with modern Scottish contemporary art. He supported Australian artists and was one of the first to purchase aboriginal art," Vaizey said.

He also collected political cartoons. The Cartoon Museum recalled he opened a 1994 exhibition on his favourite cartoonist, Giles.

"The Duke of Edinburgh owned several Giles cartoons in his private collection... he admired his social observations, gentle humour and depictions of the royal family," the museum said.

"The monarchy have been a persistent (and easy) target of cartoonists and caricaturists for 300 years, from Gillray and Beerbohm to Scarfe, Bell, Rowson and Peter Brookes – but the Duke of Edinburgh could always see the funny side in any situation, and took humorous depictions of himself in his stride."

The Royal Scottish Academy noted Philip was "an enthusiastic purchaser of work" from its annual exhibition.

The Old Vic, not a patronage of the prince, said he nonetheless attended several Shakespearean plays there, including King Henry VIII in 1952 and later The Taming of the Shrew and A Midsummer Night's Dream.

"Through the Duke of Edinburgh’s Award Prince Philip helped to transform the lives of countless young people, nurturing budding artists, performers and theatre makers alongside the many other skills that the award encompasses."