The Insolvency Office will investigate the crowdfunding platform’s failure, but repayment of what’s “rightfully” owed to musicians seems unlikely. 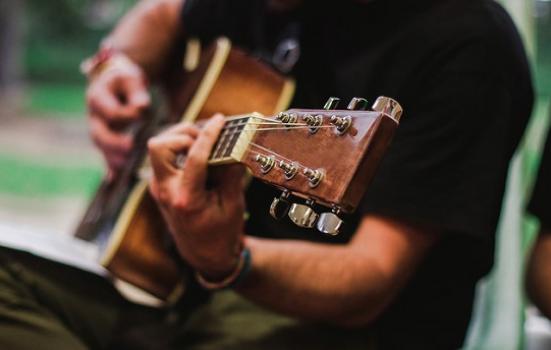 Music industry associations are again calling for official reviews into the failure of crowdfunding platform Pledge Music, following the announcement of the company’s liquidation.

The extent of the losses for the industry are still unclear, but the amount owed to musicians who used the platform has been reported as being between £800,000 and £2.4 million.

ArtsProfessional understands that at a High Court hearing into Pledge Music's insolvency this week, it emerged that one creditor was demanding £22,000 from the company. The identity of that creditor has not been made public, but several artists have claimed they are owed similar amounts.

Pledge Music co-founder Benji Rogers said data on what artists are owed will be made available to the Official Receiver, who will investigate any wrongdoing by the company’s directors and prosecute them if necessary.

“I sincerely hope that the Official Receiver can find a buyer who will make right all of or at least some of what is owed to you and I will make every attempt to help that effort should it be asked for,” Rogers wrote on Facebook.

“[I] am once again deeply sorry that I couldn’t pull off a sale, which was always the preferred and best path for all involved.”

It is unlikely that musicians will receive full payment from the liquidation, if any at all.

Debts will first be paid to Pledge Music’s secured creditors like merchant bank Sword Rowe, which registered charges to protect its investment in the ailing business in February, company documents show.

An attempt to contact the bank was unsuccessful but a statement on its website said it had “committed significant amounts of time, energy and capital in an attempt to stabilise the platform and ensure that all artists were paid”.

“Since September 2018, we have advocated for and attempted to facilitate a sale of the company. These efforts … have not produced the desired outcome.”

Pledge Music started recording losses back in 2014. At the end of 2016, accountants said Pledge Music would likely survive the next year, but expressed concerns about its long-term financial stability: “Despite continuing losses, the company has put in place in place cost-cutting measures and has access to additional funding if needed,” financial returns state.

“However, the current balance sheet position indicates the existence of material uncertainty, which may cast significant doubt about the company’s ability to continue” operating.

Industry organisations only learned that Pledge Music was headed to court on the day of the hearing, despite the company filing to wind up its affairs in June.

It had previously indicated it was heading into administration – a process which aims to save companies from insolvency – leading some online commenters to claim the business had misled musicians into thinking they might be reimbursed.

Rogers, who left Pledge Music before its financial troubles came to the public’s attention, explained it had pursued administration and liquidation processes simultaneously hoping that the business could be sold first.

“Once it became clear that this could not be achieved, we pursued a pre-packaged administration sale, which is generally recognised to achieve more for creditors than a liquidation. In order for an administration to be successful any sale would have needed to generate a minimum price and although we were in contact with several interested parties, ultimately, none offered that price.

“I would have given anything to have found the company a home, and it breaks my heart that you artists and your fans, who did not deserve to be put in this situation in the first place, have been left without what should rightfully be yours. I will forever wonder if I could have done more in my limited role as a volunteer, and I wish that the company would have been more forthcoming with information. The vacuum created wild speculation and misinformation which, ultimately, I believe hurt this process.”

UK Music is calling on Small Business Minister Kelly Tolhurst to consider referring the case to regulatory authorities for investigation: “When the business was still an operating business it wasn’t right for them [the Government] to get involved, which is why we have reiterated that call now,” Keihl, the Deputy CEO, says.

When contacted, Tolhurst’s office declined to comment. The two bodies identified by UK Music – the Competition and Markets Authority and the Financial Conduct Authority – generally operate outside of ministers’ purview.

Kiehl says crowdfunding is a relatively new area of commerce and that Pledge Music’s collapse provides an opportunity to ensure it is well regulated.

“Broader than that, there are issues [exemplified here] we think are relevant to public policy to make sure there’s confidence in the music sector.

“We don’t want what’s happened here to be seen as an example and be upheld [as normal] because crowdfunding opportunities can be really useful. We want to make sure lessons are learned from this about how, perhaps, a company keeps [fundraised] money … separate from its own accounts.”

The Musicians’ Union has released a support pack for artists affected by Pledge Music’s demise.