An 84-page plan to overhaul the system makes no mention of protecting arts and cultural venues. 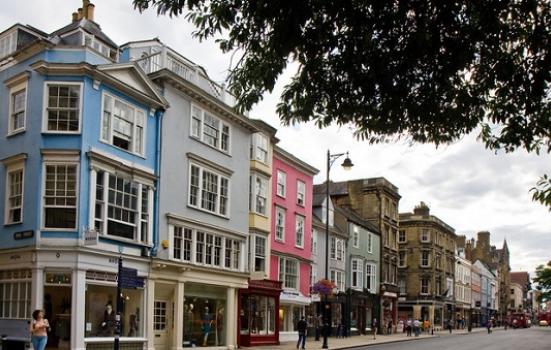 The Government wants to regenerate high streets like this one in Oxford, but its planning reform fails to mention arts and cultural venues
Photo:

A proposed reform of the UK's planning system could put arts venues at risk.

The Ministry of Housing, Communities and Local Government has opened consultation on the changes, which it says will "streamline" the planning process by classifying land under three categories: 'growth areas' where initial development plans would be automatically approved for certain types of development, 'renewal areas' that are suitable for some development, and 'protected areas' where development is restricted.

Protected sites would include conservation areas, local wildlife sites areas at risk of flooding and potentially gardens, according to the consultation document. The paper makes no mention of arts and cultural venues as possible protected sites - or indeed at all.

This means cultural venues will have a lower priority than other new developments, especially low-cost housing that the proposals aim to encourage.

Those that are in designated growth zones could be quickly transformed into more-lucrative residential properties if landlords so desire, or find themselves in the middle of new neighbourhoods that object to late night noise.

But Theatres Trust National Planning Adviser Tom Clarke said there is "insufficient detail in the Government's Planning White Paper to draw any definite conclusions about the impact on theatres and other cultural venues".

The proposals are subject to consultation, during which time the trust "will be making the case for why it is important that theatre buildings continue to be protected in the planning system," Clarke said.

The consultation period closes on 29 October.

Recent changes to planning regulations protect cultural venues affected by the lockdown from change in use until 2023.

Spokespeople for the Ministry of Housing, Communities and Local Government said the proposed changes would not replace these protections.

However, arts organisations with ongoing financial difficulties may face pressure from their landlords make way for more profitable tenants at or before the end of 2022, and the new policy does not protect against redevelopment for non-Covid related reasons.

In a press release about the reform plan, Secretary Jenrick says: "We will cut red tape but not standards."

"Planning decisions will be simple and transparent, with local democracy at the heart of the process."

But the plan would actually remove opportunities for community input. It says the reforms will "democratise the planning process by putting a new emphasis on engagement at the plan-making stage" rather than the approval stage.

"At the same time, we will streamline the opportunity for consultation at the planning application stage, because this adds delay to the process and allows a small minority of voices ... to shape outcomes," the plan says.

Oliver Wainwright of The Guardian commented: "From now on, if you want to object to a new development, you will have to have been there to feed into the discussion several years before it was even proposed."