The Government representative did not provide any further clarity on the future of EU arts funding, progress on reciprocal agreements or timetables. 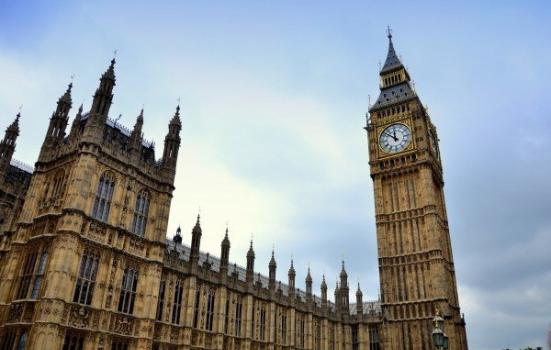 Lords from across the political spectrum have gathered for a debate to discuss ongoing threats to the arts from restrictions to freedom of movement, fewer opportunities to access arts in schools and uncertainty surrounding the post-Brexit legal framework.

Labour peer Melvyn Bragg, who convened the debate, said that on the slave trade, the trade unions, and women’s suffrage, “the majority was originally mistaken.

“Leaving the EU will be a clamp on the imagination and the freedoms that younger generations have found to surmount the decline and wreckage of the past.”

“A referendum is not a sacred document,” added Bragg. “One of the fundamental tenets of our democracy is that once we have elected people, we can kick them out.”

Speakers stressed the overwhelming opposition to Brexit from the cultural sector. Bragg highlighted that Creative Industries Federation survey found only 2% of the sector thought Brexit would benefit them, and recent research commissioned by Arts Council England which found that over 70% of those in cultural occupations thought Britain’s departure from the European Union would have a negative effect on touring and cross-border European partnerships – a “planet away from the huffing and puffing of fact-free Brexiters,” he said.

Another key issue discussed was the potential loss of freedom of movement, with Lords emphasising the requirement for creatives to travel to perform or collaborate across Europe at short notice. Lord Liddle called for leaders to reverse the debate and explain to people why freedom of movement is “not only a wonderful thing, but essential to their professional and artistic fulfilment”.

This sentiment was echoed by numerous peers, who also expressed concern about the capacity for a short-term visa to make up for losses to freedom of movement.
Lord Foster of Bath expressed concerns about the impact of a decline in the takeup of arts subjects, saying that they may not be strong enough “to survive the shock of Brexit”.

This follows consistent research about the negative impact of Government education reforms. Recent data shows that the fall in entry levels for GCSE arts subjects has reached record levels, down almost 150,000 over the past five years.

Foster also queried why the Government had said that the proportion of those taking arts subjects has remained stable when this was “simply not true”.

Lord Wallace of Saltaire raised concerns about the continued lack of clarity on a reciprocal agreement on culture. “The quality of British culture and music depends on a network,” he said. “And that sort of international network requires rules and openness. If global and open Britain means anything, this is something the Government must achieve, and carry the cultural sector with it.”

Lord Griffiths of Burry Port said the timetables facing the country “make it virtually impossible to think of an ongoing activity for most of the arts we’re concerned with beyond the limits already set”.

The Viscount Younger of Leckie, responding on behalf of Lord Ashton, Parliamentary Under-Secretary in the Department for Digital, Culture, Media and Sport, said he acknowledged the impact of uncertainty but that the Government is confident of an agreement this autumn.

Younger repeated comments made by Culture Secretary Jeremy Wright that salary alone is “too blunt an instrument” with which to assess the skill level of people moving to the country, and stressed the importance of short-term mobility arrangements for both cultural professionals and artistic equipment.

He was unable to provide clarity on a timetable of activity or whether arts organisations would have access to EU funding or EU arts programmes after Brexit, saying these issues would be resolved as part of ongoing negotiations.

Closing the debate, Bragg described the proceedings as “beautifully one-sided” and leaving “no room whatever for doubt”.