Dual registration for hauliers will offer visa-free touring for some, but problems persist for smaller-scale tours and orchestras with specialist equipment. 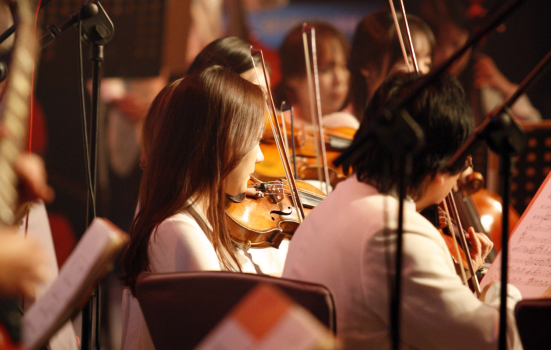 New provisions allowing hauliers to move freely between the UK and Europe are unlikely to help touring orchestras, the Association of British Orchestras (ABO) has warned.

Under regulations agreed by the Department for Transport (DfT), hauliers working on cultural events with operating bases in both Great Britain and another international location will be able to apply for dual registration, allowing for visa-free travel in both territories.

Although the rule could apply to any country, it is being championed as a way to remove the red tape UK artists are facing when trying to tour the European Union post-Brexit.

However, dual registration requires splitting a fleet across two separate countries, meaning the proposals may not benefit orchestras who own one specialist vehicle.

ABO Chief Executive Mark Pemberton told ArtsProfessional the government said own account operators, those who transport their own equipment, will be able to apply for, and be granted, a standard international operator’s licence, offering the same benefits as dual registration.

But he said it remains unclear how this would work in practice.

“We are currently working to understand fully the costs and logistics associated with this. Much more clarity and guidance is needed," he said.

“My fear is that the practicalities will mean that this is not a workable solution and will continue to leave our British orchestras unable to tour using their own, specially-adapted trucks.”

Orchestras have been hit hard by current cabotage limits on how many times they can load and unload goods within one country with a vehicle registered in another country. Ensembles have reported additional costs of up to £16,000 per day when factoring in current touring restrictions.

If unable to use their own truck, orchestras are having to hire EU registered hauliers to safely transport musical instruments and equipment worth millions, adding up to £30,000 of additional costs per tour.

Europe is the most toured-to continent for British orchestras, with ABO members reporting 150 visits to 22 different countries in 2019.

That year, foreign tours generated £14.4m of earned income for British orchestras, equivalent to 12% of all earned income, £8.4m of which came from EU tours.

DfT’s updated provisions are set to benefit larger-scale tours that are most likely to employ haulage companies with the funds and fleet to adopt the new guidance.

Dual registration will allow drivers with multiple international bases to transfer their vehicle between both operator licences without having to change vehicles, relaxing the current cabotage restriction of three stops per tour in the EU.

DfT says the measure will come into force in late summer.

“There are, however, a number of cabotage issues that we will continue to work with the government to resolve,” he added.

Work to be done

Most small-scale tours, which operate without using haulage companies or by using a van or other transport, will continue to face the same cabotage restrictions.

“It is vital that there is further support for those who tour with more limited budgets. Investing in a comprehensive music export strategy today will deliver real dividends, helping to maintain our industry’s status as a global leader.”

DfT says it will continue to work closely with EU partners and the music industry to “ensure smaller artists can also tour freely around the world”.