Music Theatre Wales has been labelled “tone deaf” for dismissing concerns and insisting its opera set in a pan-Asian restaurant has “no realism”. 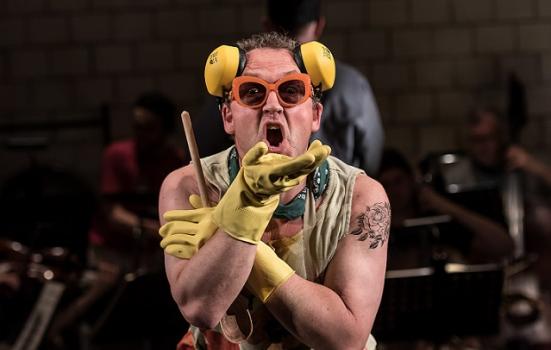 A Welsh opera company has come under fire for casting all-white actors in a production set in a ‘pan-Asian restaurant’, which follows the story of an illegal Chinese immigrant.

But commenters on Facebook labelled the opera company’s position “tone deaf” and said it was “on the wrong side of history”.

MTW has since responded with a second statement, recognising that having an all-white cast playing some Asian characters “has caused offence to some” and claiming its casting was constricted by a limited talent pool.

The row follows a similar backlash against London-based theatre the Print Room for casting Caucasian actors in a play set in China last year.

“The setting is a Pan-Asian restaurant and the singers play a variety of roles, genders and nationalities; two air hostesses are played by burly men; a cricket is played by a tenor, an ant by a mezzo and a small boy by a grown woman,” the statement reads.

It continues: “Quite deliberately, there is no realism.”

But this was met with robust criticism from commenters, with theatre company Red Dragonfly Productions asking if the play is pan-Asian and universal, “why is the entire cast Caucasian?”

Monica Rahman said MTW’s position was “disgusting”, and it should feel lucky that its “one-night abomination” wasn’t met with powerful protest.

“You’re on the wrong side of history, and in your Luvvie arrogance are upholding white supremacy. You should be ashamed of yourselves,” she added.

John Byrne said there had been “yellowface casting” and a “patronising, arrogant and dismissive response to legitimate questioning”.

Some commenters defended the production, saying the characters were “symbolic of all immigrants” and happened to be Chinese in this work.

“Also they are opera singers and with few exceptions voices are indeed colour blind. Don’t get too worked up, go and see the show and enjoy the artistry and the themes of the work,” wrote commenter Michael Philip Smith.

Commenter Mark Sadler called for information about the auditioning process and asked if anyone could “come back with a case or known fact from the audition process to indicate not casting a diverse cast”.

But this was challenged by producer Jennifer Lunn, who said it is “not acceptable to just say that the right people didn’t come to the audition”.

Responding a second time, MTW acknowledged that its first statement “has not helped answer the questions and concerns that have arisen” and recognised that “having an all-white cast playing some Asian characters has caused offence to some”.

It said it welcomed dialogue and shared concerns about the lack of diversity in the sector, but blamed a small talent pool for its casting choices.

“The talent pool of singers able to perform material like The Golden Dragon is especially small, and we recognise that we all need to do more to widen it.

“The casting process was both rigorous and colour blind. We chose the best singers we could find who were capable of tackling extremely challenging music.

“However, it’s clear our marketing materials have caused misunderstanding about the nature of the work by saying that some of the characters in The Golden Dragon are Asian and/or Chinese. There is no attempt in the production to imitate other races.”

MTW said it was sorry people who read about the opera had been offended.

Birmingham Rep, which hosted the production earlier this week, responded by stressing its commitment to diversity and willingness to listen to and respond to debate. It also pointed out it was not involved in casting the production.

“The REP has a commitment to reflect the diverse population of the UK on our stages. For our own REP productions we audition actors from all backgrounds. We are an inclusive company and put considerable effort into ensuring greater diversity on our stages in terms of race, disability and gender.”

It continued: “UK theatre has come a long way in terms of diversity, but the debate and discussion on social media around The Golden Dragon demonstrates these conversations still need to happen.”

The Golden Dragon will be performed at Basingstoke Anvil, Pontio Bangor, Snape Maltings Aldeburgh and Hackney Empire before the tour finishes later this month.