New research highlights a disparity between organisations that say they are BAME-led receiving higher funding awards than those with a majority of Black, Asian and minority ethnic leaders. 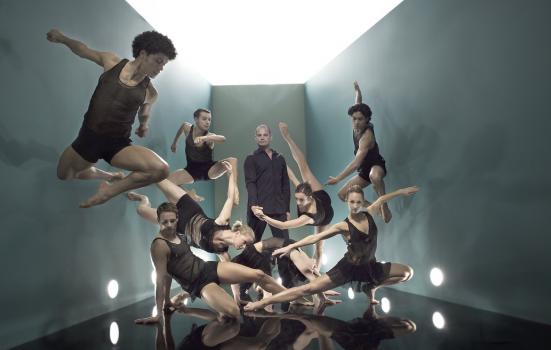 45% of Rambert dancers are of Black, Asian or minority ethnic background. Can the company be considered BAME led?
Photo:

Off/Stage, an online zine by Tribe Arts dedicated to Black and Asian arts, has calculated 40% of grantees for the first round of the Covid-19 emergency fund that self-identified as being BAME led do not have majority Black, Asian or minority ethnic leadership.

But Arts Council England (ACE) says Off/Stage has the wrong end of the stick: it changed its definition of 'diverse led' in 2015 to include organisations whose key strategic decision makers are Black, Asian, an ethnic minority, disabled, LGBT or female, or whose board and senior management are majority diverse.

Previously, at least 51% of an organisation's board and senior management team had to be from a Black, Asian or minority ethnic background to be considered BAME led. A similar definition was applied to disability-led organisations and there was no measure for 'diverse-led'.

An ACE spokesperson said the first round of Culture Recovery Fund (CRF) applications asked whether organisations considered themselves BAME led based on their strategic decision makers.

"We don’t consider the Culture Recovery Fund recipients highlighted in their report to be inaccurately defined, as two different definitions are being conflated."

Off/Stage Editor Tajpal Rathore says there has perhaps been some confusion over the difference between being BAME led and being diverse.

"The big thing that throws the cat among the pigeons here is that on the Arts Council's website they define what a diverse-led organisation is but then on applications they ask if you are BAME led.

"Also, there hasn't been much work done by the Arts Council to promote that definition that they've come up with. It may be that organisations are ticking that box with a different definition in mind."

Off/Stage has approached ACE to discuss the findings and ACE said it welcomed the opportunity, but the parties are yet to meet.

Out of 313 organisations that self-identified as being BAME led in the first and second Culture Recovery Fund rounds, just 46 had majority BAME leadership, Off/Stage reports.

At least 132 of them (42%) did not, although they may have had Black, Asian or minority ethnic senior staff.

Those organisations received the most funding - 99% of the £427.6m awarded to all BAME-led applicants.

Rambert Development Director Helen Searl, who submitted the company's CRF application, says it was asked whether, "taking into account the person or people who take the key strategic decisions relating to your organisation, do you consider your organisation to be BAME led/Female led/Deaf or disabled led/LGBT led?"

A second question asked about the ethnicity, among other characteristics, of the board and senior management, which was then auto-populated with information uploaded annually to Grantium, ACE's online portal for funding applications.

At the time of applying, 27% of Rambert's board, 30% of its admin staff, and 45% of its dancers identified as Black, Asian or ethnically diverse.

"We consider ourselves to be a Black-led, Female-led and LGBTQ+-led organisation."

Off/Stage was unable to ascertain the BAME-led status of 43% of the organisations that identified as such, raising questions about monitoring and the quality of data ACE and the sector is working with.

ACE says CRF funding decisions were not influenced by applicants' BAME or diverse-led status as the applications panel did not know how organisations had identified themselves, but Rathore says organisations may percieve a competitive advantage if they tick more boxes.

His concern was "the disparity this reveals" between funders', organisations' and individuals' understanding of what it means to be BAME led - and how majority BAME-led organisations recieve less funding.

Some organisations that might be considered BAME led from an outside perspective don't have majority BAME leadership, Rathore says. These include Kala Sangam, China Exchange, Battersea Arts Centre, Rich Mix and the Polish Expats Association.

"Everyone is in agreement that the current picture is still bad when it comes to diversity but is it actually worse than people think?

"It's no wonder we haven't made any progress on diversity in the past 30 or 40 years when this is the quality of the data we have."

Searl of Rambert agreed there is more work to be done.

"The question really is that, of the other organisations that received those millions, how many are diverse led? Those are the real conversations to be had.

"Maybe this is the opportunity to ask the Arts Council to review that form."

ACE did not answer questions from ArtsProfessional about whether it plans to review its definition of BAME led but said it won't approach any organisations "as they haven't incorrectly identified themselves".