Online ticket buyers are most likely to donate

Arts organisations are failing to capitalise on in-person encounters to attract donations from ticket buyers, according to a new report 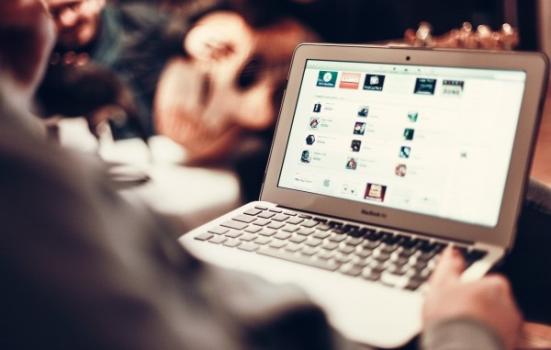 Ticket buyers are more likely to add a donation when booking online than on the phone or in person, and concert halls are more likely than other venue types to attract donations this way, according to a new report by a ticketing system supplier.

This and other findings have emerged from new analysis of ticket buying behaviour by customers at UK and Ireland arts organisations using the Spektrix box office system.

The average percentage of online ticketing transactions that included donations was 15% last year, while only 3% who booked tickets over the counter or on the phone added a donation to their transactions. Of these, concert hall attenders were the most likely to donate online (19%) but among the least likely to donate by phone or in person (1%).

Only 13% of bookers at regional producing houses donated online.

The most successful organisations attracted donations from 23% or more of their ticket bookers.

The report suggests that arts organisations are failing to capitalise on in-person encounters. It points to the success of Cast in Doncaster, which achieves 35% conversion rates for phone and counter transactions.

“We have listened to the fears of staff when it comes to ‘the ask’ and tried to address those fears openly via honest conversations and feedback to show what fundraising means to Cast,” writes Adam Hogarty, Cast’s Box Office Manager.

“The box office team has been at the forefront of driving changes in our individual giving approach through implementing a recorded phone message ahead of calls connecting and visual prompts at the desk to highlight the previous week’s successes and what that donation supports.”

The report also encourages organisations to provide greater training to staff, as “everyone in your organisation can be a fundraiser,” and to back up any fundraising ask with marketing so requests for donations do not come as a surprise.

As well as fundraising trends, the data reveals that:

Given the extent of online sales, the report recommends arts organisations improve their websites and remove any distinctions between ticket offers provided online and on the phone or in person.

“Charging customers more to book online is a direct barrier to increasing your online sales,” the report authors add.

“Making online the most cost-effective sales channel for your customers means you’ll save money, time and resources.”

The report points to one theatre in Kent, the Marlowe Theatre, which lays out events and accessible performances through a “user-friendly” website, and sells 67% of its tickets online.