One in three think classical music must drop ‘elitist’ traditions

Almost half of respondents to a YouGov poll said more young children must learn a classical instrument if the artform is to survive. 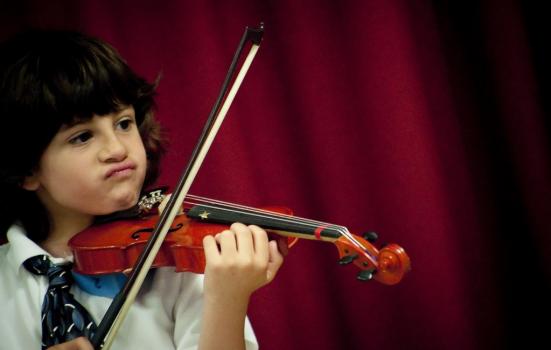 ‘Elitist’ traditions and the perception that big classical music concerts always take place in London could be risking the genre’s future, the results of a new survey suggest.

One in three adults responding to an online poll highlighted ‘aloofness’ as a challenge for the artform, and a similar percentage said they thought major classical events only ever happened in the capital.

40% of respondents said concerts need to be performed in more everyday places – such as parks and clubs – for classical music to remain relevant.

A similar proportion highlighted the need for music to be given more prominence in the school curriculum, while almost half said more young children need to learn a classical instrument in order to secure classical music’s future.

The research has coincided with another survey, which raises concerns about the affordability of music lessons for young people.

2,000 UK adults took part in the survey, conducted on behalf of Birmingham Town Hall and Symphony Hall (THSH) by YouGov.

Broken down by age, location and working status, the results revealed:

The majority of adults take no issue with orchestras wearing black tie, with just 17% saying they should change their dress code to become more relevant.

THSH has a track record of producing similar research: last year it worked with YouGov on a survey that found theatre was more popular than sport for a night out.

Commenting on the results, Head of Artistic Programming at THSH Richard Hawley said: “Far from being a mainstream nonentity, people do really seem to care about classical music having a future, which is encouraging.

“There are changes that need to be made, and we at THSH believe now is the time to take risks and be brave. We take all of our audience’s opinions seriously, but particularly those of people under 25 who’ll be running the show before we know it.”

The findings chime with research conducted for the Royal Albert Hall, which found 85% of parents think access to musical instruments enhance their child’s education, but most think lessons are too expensive.

A survey of 2,000 people found one in three parents have paid for their child to have music lessons, but the majority rely on schools to fund lessons.

70% of parents believe the cost of music lessons is prohibitively expensive, and only 5% believe there is enough funding for every child who is interested in learning an instrument to be able to do so.

Lucy Noble, Artistic and Commercial Director at the Royal Albert Hall, said access to music from a young age has “undeniable benefits” for development. “It opens up the mind to being creative and playful,” she said.

“We’ve seen that children become more confident once they start playing instruments and learn to express themselves in different ways.”

It is a grave misunderstanding to think that classical music is elitist, and that its presentation, ritual, location etc. creates barriers to accessibility. Classical music is accessible and is meant for everybody. It is, in contrary, the ignorance of people who don't know about the genre and have failed to understand its normal format that is the problem. So, the solution is education and information, NOT changing the genre's format etc. This critique of being 'elitist' is populist, resulting from an egalitarian world view, and the attempt to 'bring it down' to the level of mere cheap entertainment: THIS is the danger, not the nature of the genre. Taking conclusions from such polls, thinking that the outcome of what people think of classical music should direct reforms as to accomodate critique, is treating the art form as a commodity, and not as art. It is not something you serve to clients as in a restaurant. It is commercial thinking as if classical music is a mere object in a market place. It is a suicidal way of thinking and a self-fulfilling prophecy.
This is good news! Only ONE-THIRD think something is wrong about classical music. That is great! The great majority are positive, not negative. Negative attitudes are the biggest problem for classical music. The one-third needs more education.