The loss of local authority funding will lead to a reduction in the number of plays produced by The Dukes theatre each year, and a merging of two senior roles. 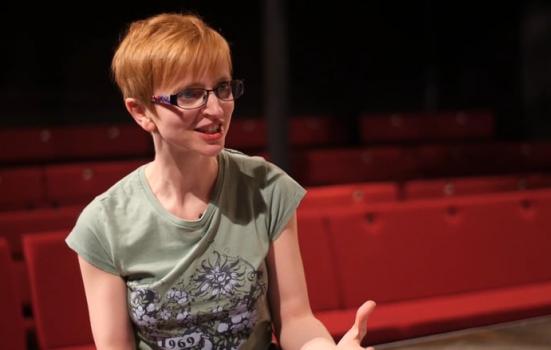 Lancaster’s The Dukes theatre has announced that its widely acclaimed Artistic Director will have to leave in the autumn as part of a restructuring process.

Sarah Punshon – who joined the organisation in 2017, taking full control of its artistic programme last year – will leave in August as the venue merges the Artistic Director and Chief Executive roles into a new Director position.

The venue says this is because it is transitioning to a “new business model” that will enable it to survive recent reductions in funding and “thrive into the future”.

The venue has increased both its fundraising and earned income (which now forms 76% of its overall income, compared to 34% in 2006/07), but it said that this was not enough to support the current operating model.

Funding from Lancashire County Council ended last month, after being reduced over several years from £156k in 2015/16. A spokesperson for the venue said that while it had been at risk of financial difficulty, The Dukes currently has a “stable position” and is not at risk of dropping out of ACE’s National Portfolio.

The theatre says six people in total will leave as a part of the restructuring, but that three posts are being created as well.

The spokesperson added that the venue would reduce its production output to two shows a year – one in the summer, and one over Christmas.

ACE recently revealed that a growing number of core-funded organisations were at “major risk” of failing to meet their goals, which include financial performance.

The Dukes said ACE had rejected requests for financial intervention, but had been “very helpful” and re-timetabled payments to match the timescale in the new business plan.

Last year ACE confirmed that a £2.1m fall in its annual NPO contingency budget means its ability to respond to requests for financial intervention are “inevitably” reduced for the 2018-22 period – a direct result of the collapse in Lottery funding.

When asked why ACE had turned down The Duke’s requests for more support, a spokesperson said: “The Dukes did not request an uplift of funds from the Arts Council during the finalisation of its National Portfolio funding agreement. They did make a request for intervention funds and in order to support The Dukes during its transition to a new business model, we agreed to change the schedule of some of their NPO payments so that they were in line with the timescale of their new business plan.”

John Chell, Chair of The Dukes board, said Punshon had overseen a run of “record-breaking” Christmas productions at The Dukes and built up new relationships with co-producers, including the New Vic, Tobacco Factory Theatres, Red Ladder, Tamasha and One Tenth Human.

“During her time with us Sarah has overseen a 20% increase in audiences for our live programme at The Dukes, and her first park show, The Three Musketeers, was shortlisted for Best Show for Children and Young People at the UK Theatre Awards.”

A spokesperson added that the quality of Punshon’s artistic work and her support for the Creative Case for diversity “have been exemplary”.

“However, The Dukes is reducing its producing output significantly and therefore this role is no longer viable.”

It is expected that the successful candidate for the new Director position will start in the Autumn. Newly appointed Chief Executive, Victoria Firth, will fill in during the intervening period as Interim Director.