Middlesbrough’s Mayor allegedly demanded the Town Hall book Roy Chubby Brown against concerns the show will be offensive and unpopular. 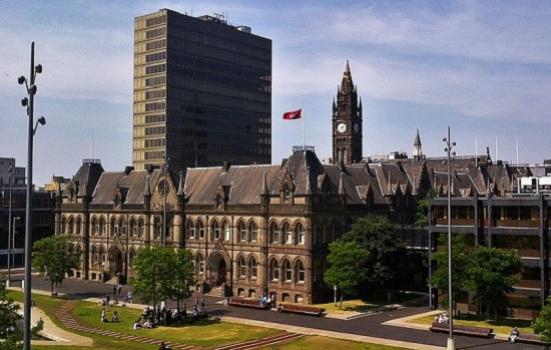 Roy Chubby Brown will play Middlesborough Town Hall next year in a decision that pushed the venue's boss to resign
Photo:

The Head of Middlesbrough Town Hall arts venue has resigned in protest after its local council ordered it to book a comedian that many see as racist and homophobic.

Lorna Fulton will leave her role in December, unhappy at a decision by the Middlesbrough Council to override the National Portfolio Organisation’s (NPO) programming decisions and book Roy Chubby Brown after the comedian’s management claimed he had been “banned” from the venue.

It is alleged that the decision to book Brown was made by Middlesbrough Mayor Andy Preston and enforced by council officers despite concerns from the Town Hall that Brown’s 2015 show there had sold few tickets, and that his often politically incorrect material is at odds with drives to improve the diversity of the Town Hall’s offer.

Freedom of Expression? Take our survey on censorship in the arts

Middlesbrough Council did not respond to claims it had overstepped its authority but issued a statement from Mayor Preston confirming that Brown will perform there next year.

“We are happy to confirm that Roy Chubby Brown and our team are getting ready to announce some dates in the new year at Middlesbrough Town Hall, and we look forward to welcoming him alongside a host of other popular acts in 2020.

“We pride ourselves on a comedy programme that’s exciting, wide-ranging and sometimes controversial, and that will deliver first class entertainment for all tastes,” Preston said.

Brown’s management claimed he had been banned from Middlesbrough Town Hall last year after the venue declined to book him. His blue humour, which has previously included mocking ethnic minorities, women and the Queen Mother, was considered racist and homophobic and, the Town Hall believed, unlikely to sell enough tickets to break even.

Brown, who has been performing for 30 years, defended his controversial comedy as appealing to “different tastes” last week after Swansea Council cancelled his upcoming April gig there. The council said the show was “unlikely to reflect our values and commitments” to make its staff and communities feel welcome.

ArtsProfessional understands Middlesbrough Council and Middlesbrough Town Hall were in agreement about not booking Brown before Preston was elected Mayor in May.

However, in August Preston took to Facebook to say that Brown “definitely isn’t banned” and that “if [his] agent gets in touch with the town hall about performances here then we can discuss potential dates”.

In response to a commenter who warned the Mayor that his personal involvement in the matter “may send out mixed messages in relation to … race relations, migrants, homophobia and victims of domestic abuse”, Preston said there was “no endorsement either way”.

“It’s true that some people find his act offensive and many do not … I’m not personally involved in booking anything at the Town Hall; there’s a team behind that.”

But a source close to the situation said the Town Hall was told objections to booking Brown “didn’t matter” because Preston wanted the show to go ahead.

The town hall is run by Middlesbrough Council – its staff are council employees – but generally makes programming decisions independently of elected officials.

As an NPO, it also receives funding from several outside sources, including Arts Council England (ACE).

Asked for its response to a local authority dictating the programme at an NPO, an ACE spokesperson said responsibility for programming falls to an organisation’s management: “The Arts Council would not intervene unless the organisation is in breach of either their funding agreement with the Arts Council, the regulations enforced by the Charity Commission, or the law.”

NPOs’ funding depends in part upon their performance against criteria in ACE’s Creative Case for Diversity, which requires organisations prove their efforts to diversify their programmes and address barriers to wider cultural engagement with their audiences.

The Creative Case for Diversity does not require or prohibit any individual pieces of work.

Lorna Fulton, you're a bit old to be a snowflake. Just because you don't like a comedian, doesn't mean many others don't. Whether you like to admit it or not, he speaks for the majority of the UK, whether they find his style of comedy funny or not.
Not sure how you've come to the conclusion that he 'speaks for the majority of the UK' - utter rubbish!
The real issue here is who is ultimately in control of programming? The council should trust the person who is in charge of programming the Town Hall, whether they personally like or dislike the art/artists programmed is irrelevant. If there was enough local support for a comedian, someone somewhere would have booked them and made money from them. But the person in charge of programming of a town hall, should be allowed to do their job. Not be told by a councillor how to do it!