Governance requirements for the next National Portfolio are "taking a sledgehammer to crack a nut" and could lead to board flight. 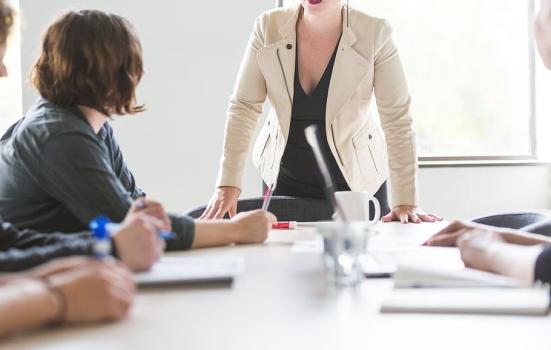 ACE says National Portfolio Organisations' (NPOs) boards must be "independent of [their] executive leadership" unless there is "clear rationale" for having staff as trustees, in which case they should be a minority.

Removing staff as trustees could mean a loss of expertise and, potentially, money for arts charities. Those with executive representation on their boards can remove a VAT exemption to recover income, which might have to be repaid if organisations no longer apply.

But ACE doesn't expect this to be a problem since "no organisation will need to remove executive staff from their board if there is a clear rationale for retaining them". It has not explained what reasons it would consider satisfactory, saying it wouldn't be appropriate to suggest specific scenarios.

ArtsProfessional spoke to arts sector organisations and professionals, as well as a charity lawyer and a charity accountant, who expressed confusion and disquiet over the requirement.

Arts workers spoke of "mumbling and fumbling", with conflicting messages given in briefings for NPOs and in conversations with ACE relationship managers.

One advisor to arts charities asked: "Why do we need another layer [of governance] and why is this being dumped on volunteer board members?"

"My fear is that we will have board flight. We will have people who will say, 'this is not what I signed up for.'"

However, some felt there was no cause for concern: "We're not being asked to do anything different," one organisation commented, saying boards should seek advice if they're worried.

Arts charities, especially small ones, are more likely than other charities to have directors on their board, experts said. Community interest companies may also struggle to meet the condition because of how they are constituted.

They would need to commit to implementing any changes by April 2023 before the next National Portfolio is announced in October.

One professional said: "Are you going to spend time if you're a two, three, five-man band searching for people to bring onto the board if you might not get the money anyway?"

Experts described the requirement as "prescriptive", "not necessary" and "potentially quite damaging".

The Charity Commission, as well as standard governance practice, provide safeguards against conflicts of interest: "The arts council seems to be saying 'if you're a paid employee you cannot be a trustee', and that's not really for them to say," a charity governance expert commented.

Another said ACE can protect its investments "without taking a sledgehammer to crack a nut".

The funder believes its governance requirements are "a set of reasonable actions and behaviours" that do not "go beyond what trustees of cultural organisations should already be doing".

The independent boards would take on monitoring work the funder currently does by attending board meetings.

ACE wants to give more of this responsibility to NPO boards from 2023, and expects them to take "a more active role" in monitoring progress against upcoming targets.

The Charity Commission said it has no records of having spoken to ACE about the requirement in question (ACE failed to answer the question).

Our recent recruitment surveys have highlighted difficulties attracting trustees. In September, about 45% of respondents were struggling to fill board vacancies; that increased to 52% in January.

One said there had been "no discussion" of how small arts charities might attract new trustees to meet ACE's requirement.

Another commented: "It's an intervention that's not helpful to the sector... We need as many people as possible who have the talent and the willingness to help."

"Whilst it is possible there may be some churn as a result of an organisation developing its approach to governance in this way, it will hopefully also contribute to dynamic and impactful governance becoming the norm."

Is too much being made out of this? Staff do not have to be nominated Board Members but they must attend as staff, regardless of the rank. Senior managerial staff, up to CEO level have a role and function as executives, not as trustees. I have seen arts charities where critical distinctions in roles are blurred. Conversely, trustees should be appointed for their expertise first and foremost; not for their status! However, there are many good candidates around who combine the two very successfully. So, if you are a CEO or a Finance or Marketing director, you are best accountable to the Board of Trustees, not one of them. This is one reason why performance appraisal of senior executives is so blurred in many cases.
I have always understood previous advice from the Charity Commission and the Arts Councils of the UK to be that paid staff of arts organisations should not be appointed as trustees of arts charities they work for. On the one hand it is a conflict of interest and on the other, unlike commercial Boards, trustees are unpaid except in very specific "professional" positions - generally lawyers and accountants. Of course staff must attend meetings, make recommendations, but they don't vote on them. While some arts organisations have, I think mistakenly, made CEOs Trustees, this caused difficulties in the Lottery years and with VAT exemptions. It reads to me that ACE is emphasising the monitoring and employment management role of trustees of organisations in receipt of Arts Council funding, and this is a good thing. Boards are independent overseers of their charity's mission and goals, and responsible for ensuring the appropriate delivery and probity of publicly funded projects.