Not worth the effort? Contenders drop out of UK City of Culture race

Two of seven cities that expressed interest in the title for 2025 have decided not to bid, and a third is reconsidering its stance. Is it a big city’s game? 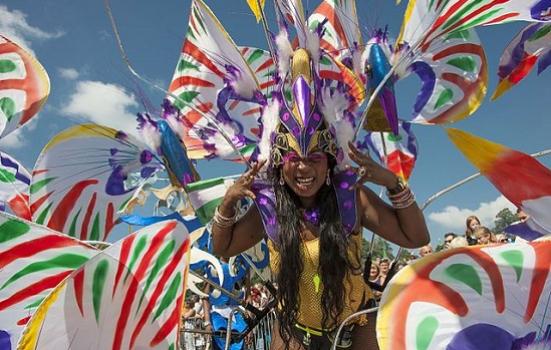 Leeds' West Indian Carnival in 2013. The city has decided to hold its own cultural festival, Leeds 2023, after missing out on European Capital of Culture.
Photo:

Tees Valley is reconsidering its ambition to become UK City of Culture in 2025, believing that putting together a bid may not be worth the effort.

Its uncertainty follows a decision earlier this month by Luton Borough Council to back out of bidding for the title after lacklustre attendance at a £450,000 ‘pilot city of culture’ and an announcement in June that Northampton Borough Council will delay its bid until 2029 because of time constraints and budget shortages.

Tees Valley Combined Authority (TVCA) Councillor Shane Moore, who holds the authority’s culture and tourism portfolio, told a recent scrutiny committee there was “a lot of apprehension” about what the bidding process would entail and how much it might cost.

An overview given to the committee presented two options: bring forward funding to facilitate a competitive bid for the City of Culture title or direct its ten-year, £60m culture budget towards “a different approach that is not constrained by a bidding process”.

Preparing a City of Culture bid can be costly: most cities invest in tourism campaigns and existing local events and organisations in the lead up to bidding, and hiring a bid director – external consultants who put together the city’s case to win – can cost upwards of £60,0000.

Franco Bianchini, Director of the Culture, Place and Policy Institute and author of an evaluation of Hull’s year as UK City of Culture, does not believe money is a barrier to making a serious bid for the title.

But he said cities need several key resources to compete, including research on local cultural sector employment, tourism and hospitality, a strong cultural vision and strategy for the city, political and private sector support, project management expertise and a good bid director.

“That can be quite time consuming; that’s where you need to put some of the resource, but it doesn’t have to be a huge amount.

“I don’t think it’s necessarily an expensive process. There are always contributions in kind that are given by different organisations,” Bianchini says, noting his own University of Hull contributed free research hours to preparing the winning Hull 2017 bid.

Manchester Metropolitan University researcher Dr. Louise Platt, co-author of a study into cities shortlisted for UK City of Culture 2021, said money matters: “Some towns’ and cities’ [workers] were saying, ‘we’ve been seconded from different departments’; they were saying ‘we can’t compete with cities that can hire a bid director.’”

But she said the difficulty of consulting communities and constructing meaningful plans for a city’s cultural future in the time the competition allows can be just as taxing.

Pitching an urban cultural mega-event is especially challenging for widely dispersed rural regions or those without a strong existing arts offer: “I personally feel they’re the towns and cities that should be getting it,” Platt said.

University of Leeds Professor of Cultural Engagement Ben Walmsley agreed the competition’s urban focus was problematic. He said there is a lack of understanding about how established funders want winning cities’ cultural infrastructure to be before their year as UK City of Culture, and to what extent the title should improve the local arts and cultural scene.

Less culturally developed centres could, with “momentum”, form a winning bid but there is a risk it would be “superficial”, focussing too heavily on the event to the detriment of lasting cultural change in their communities.

“Inevitably it’s very difficult to compare like with like … clarity around the outcomes of the City of Culture would be helpful,” he said.

Walmsley said that submitting a losing bid, or not bidding at all, could still be a positive process.

“A lot of people are against the competition [aspect] but one of the benefits should be galvanising places to develop cultural strategies.”

He pointed to Leeds and Belfast as examples of cities that missed out on being European Capital of Culture but have pressed forward with bolder cultural strategies and aspirations anyway.

“What bids do do is spark off conversations and spark off collaborations. I think they’re brilliant for internal lobbying [for investment in culture] within the council.”

Luton Borough Council Leader Hazel Simmons, in announcing the town would no longer bid for 2025, said its preparations had nonetheless resulted in new skills, jobs and opportunities.

“We think it is much more valuable to focus the next few years on further developing our local arts and culture offer and developing skills and jobs for people here at home.”

Platt suggested smaller-scale ‘year of culture’ events – such as Borough of Culture – may become more prevalent in the current political and funding landscape.

“If we can’t be European Capital of Culture we might see some of the bigger cities trying to get into [UK} City of Culture. Is a city that has an established offer a safer bet when there’s less money to go around?”

Bianchini said there was “no doubt the first three cities that got the title are cities of a certain importance”.

“They are important historically and they do have an artistic tradition [and] a certain amount of economic muscle. But things now are changing, the political priorities of the country are changing.

“I’m not sure necessarily for 2025, but maybe they decide to give an underdeveloped area a chance … we shouldn’t judge the future decisions on the basis of what has happened in the past.”