Organisations are pleading with politicians to urgently release £33m funding that was allocated months ago. 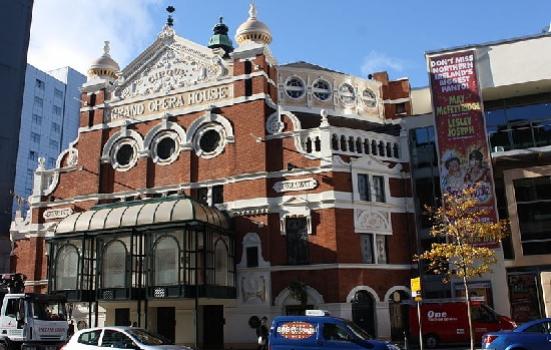 The Grand Opera House in Belfast is among the signatories to a letter pleading for urgent financial support
Photo:

The Department for Communities has submitted a bid to the country's executive for the extra funding, Arts Minister Carál Ni Chuilín said last week as she announced a £500,000 programme for organisations to fund minor works that facilitate social distancing or buy personal protective equipment.

But with grants not expected to be confirmed until December, the sector says it is "facing very real pressure".

A letter from more than 30 organisations to members of the legislative assembly asked them to release the £33m, which was allocated to Northern Ireland in July as part of the UK's £1.57bn Culture Rescue Package.

"This potential investment is necessary and vital if we are to avoid the collapse of our industry and support, in a post-Covid context, the recovery of the broader arts, cultural and creative industries in Northern Ireland.

"We need the full allocation of £33m to be spent as intended - in full, and very soon."

The Northern Ireland Assembly did not respond to questions about when the funding will be released.

Despite the funding to facilitate social distancing, most theatres and other venues in Northern Ireland have been closed since March and are still awaiting permission to reopen.

The letter to assembly members says "it is acknowledged that the arts and culture sector plays an important role in driving our economy" but that the "gravity of our situation has deepened" over recent months due to the loss of revenue.

"We need funds allocated in the coming weeks as this is all the time we have left to ensure that we do not become a cultural wasteland," it reads.

"As we emerge from Covid-19, the arts and cultural sector can help Northern Ireland thrive, but only if we survive."

ACNI has already allocated nearly £2.5m in emergency funding, and a £1.1m emergency fund for artists recieved 1400 applications before it closed last month. Funding decisions are expected to be made by the end of September.

While individuals are falling though the gaps of income support schemes, ACNI's most recent annual review highlights the precarious situation many of its funded organisations face: an overall rise in earned income for the 2018/19 year was driven by just nine of 102 organisations in its portfolio.

The smaller organisations that make up nearly half of ACNI's portfolio are increasingly reliant on public sources of income as grants decline.

According to the review, many were operating "at the margins of financial sustainability" long before the pandemic.