The long-awaited grants scheme is focussed on the sector's renewal as much as its immediate survival. 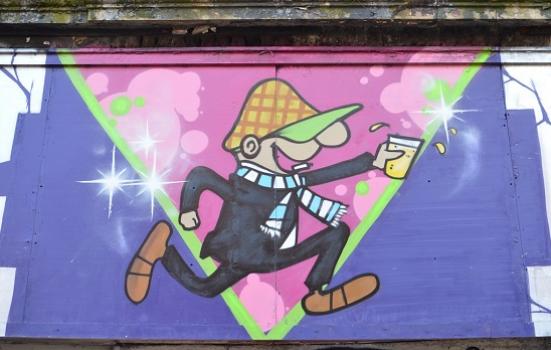 A £7.75m emergency funding programme will help Northern Ireland's arts, cultural and creative sectors "reopen and flourish over the next few years," the head of the country's arts council says.

Applications for the Stability and Renewal Programme for Organisations opened on Wednesday afternoon. The Arts Council of Northern Ireland (ACNI) will deliver grants of up to £500,000 on behalf of the Department for Communities, which was allocated £29m of Cultural Recovery Fund money last month.

ACNI Chief Executive Roisín McDonough said this fund, which follows emergency schemes for organisations and individuals worth £5.7m, is "absolutely necessary" to get the sector back on its feet as organisations remain closed or hobbled by social distancing requirements.

Her words were echoed by Carál Ní Chuilín, Communities Minister, who said: "This funding aims to not only save many organisations from collapse, and to retain specialists within the sector, but to help them adapt to the challenges ahead."

However, funding decisions will not be made until January 29th, leaving organisations with just two months to use their grants.

Aid for arts organisations has been slower in Northern Ireland than other devolved nations, with venues pleading in September that funding, initially expected to be £33m, be allocated "in full and very soon".

Applications to the fund close at midday on November 27th.

Plans for recovery in a restricted trading environment are key, and "renewal plans will form an important part of the application and assessment process, " ACNI says.

Despite only being able to apply for funding to cover costs until the end of March, organisations must provide a roadmap for the next two to three years.

This includes a realistic assessment of what activity can be delivered amid "sub-optimal reopening", and how much it costs.

ACNI has directed applicants to "tell us how our support will help you with your organisation's renewal plan and longer term outcomes".

It is important to demonstrate that, "where venues and facilities will remain closed, that costs of maintaining the facilities and organisation are justifiable and that the cost of later reestablishment would be greater," the funder's guidance says.

The fund covers a wider array of potential and incurred costs than that delivered by Arts Council England, with organisations able to apply to replenish reserves they drew on to stay afloat.

Fixed costs - rent, essential operations, freelancers' fees and salaries for non-furloughed staff - can be applied for, as well as more strategic initiatives such as site changes to manage social distancing, IT equipment for homeworking, new governance and business plans, and specialists in delivering culture online.

ACNI says it will even cover the cost of redundancies if the redundancies are "linked to remodelling or renewal plans".

It will not cover debts or deficits incurred prior to the pandemic or "costs that are avoidable in the short term".

In its guidance, ACNI says applications will be assessed as 'excellent', 'good' or 'satisfactory':

To be eligible for funding, organisations must carry out most of their work in Northern Ireland and "create, present or support" one or more art forms. Those working in selected creative indsutries - independent cinema, product, fashion and graphic design, crafts, television, video production, film and radio - can also apply.

Organisations are advised to consider how they contribute to wider priorities such as tackling poverty, improving mental health, ensuring diversity of opportunity, job creation and responding to the needs of people with disabilities.