The Arts Council of Northern Ireland has defended its independence, claiming that policy-making expertise and access to external funding would be at risk if it were to lose its arms-length status. 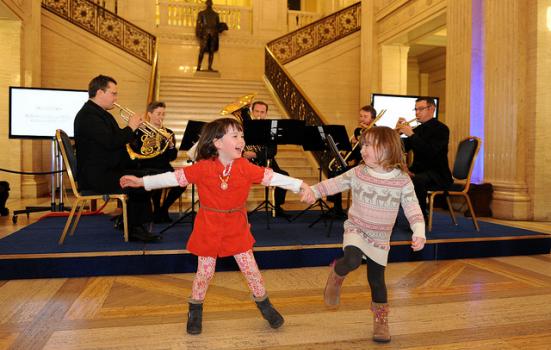 The Department for Communities (DfC) review will consider all potential delivery models for its 21 ALBs. The review takes place against a backdrop of continued political uncertainty, as Northern Ireland remains locked in power-sharing agreements and without a government.

Government requirements for departmental reviews mean the DfC must consider all possible delivery models for ALBs – including a commercial model, bringing them in-house, merging several bodies, or abolishing them altogether – when exploring options for future provision.

In order to remain at arms-length, the 21 current ALBs must perform at least one of three functions:

ACNI has responded to the DfC review, outlining how it meets all three tests and why it should remain an ALB.

With regards to expertise, the national funder stresses it is “doubtful whether such a comprehensive suite of public policies could be successfully developed for the publicly-funded arts without the advice, competence and skill of an expert body”.

It also argues the necessity to deliver arts funding independent of political influence makes retaining ALB status under the second test essential; that it fulfils the third test by being a provider of Official Statistics; and that moving under Government or local authority control would risk access to funding from trusts and foundations.

“By making funding decisions independent of the political process, we manage risk on behalf of the Department and thus afford the Minister necessary protection,” ACNI adds.

Speaking about the review in January, Minister for Communities Paul Givan said: “I am keen to see the review of my Department's arm's-length bodies progressed quickly so that the delivery of services to the citizens of Northern Ireland can be as efficient and effective as possible.

“Consequently, I have put in place a small central team to take forward the first stage, focusing on two key themes: exploring the scope to rationalise and consolidate the numbers and functions of our various ALBs; and examining the opportunity to extend the use of shared-services arrangements across the various bodies.”

Givan continued: “Obviously, the work I have commissioned has started and will continue.

“Ultimately, it will be up to the next Executive and Assembly to deal with the outworkings of that review when the findings come through.”

A public consultation on the options identified for delivering the functions of Northern Ireland’s ALBs is planned for the summer.

Bonfire of the quangos

The Northern Ireland review is not the first time a devolved administration has reassessed the structure of its arms-length bodies.

In 2004, the Welsh Assembly recommended establishing a new Culture Board to oversee the work of national bodies including the Arts Council of Wales (ACW), and to take direct control of six major arts organisations that collectively received £8.2m in grants from ACW.

At the time, staff at ACW feared the loss of extensive grant distribution powers would translate into job losses in their organisation, but negotiations between ACW and Ministers saw the funding body retain its function and independent status.