‘No strategy or infrastructure’ for Welsh music

There is a bigger audience for Welsh music than ever before, but a lack of long-term thinking means there aren’t venues, promoters and services to support artists. 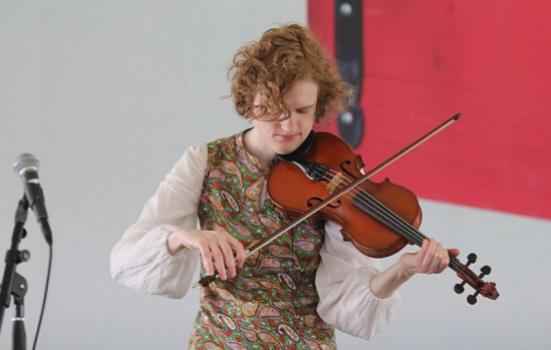 A Welsh violinist performs at the Folklife Festival in Washington D.C
Photo:

Welsh music has been hobbled by a lack of strategy, infrastructure and support services for artists, the country’s National Assembly has heard.

Culture professionals, producers and musicians submitting to the assembly’s inquiry into live music say there is a growing interest in Welsh-language music, but the lack of pathways for developing audiences and artists means there are fewer gigs and a shrinking talent pipeline.

Sioned Edwards, Deputy Artistic Director of the National Eisteddfod of Wales, told Assembly Members that “the scene isn’t developing to the extent that it could because there aren’t gigs”.

In a written submission, Alun Llwyd, Director of Welsh-language music distributor PYST, said a lack of strategic direction over the past 30 years “has led to a situation in which there is no context for expenditure, and where the necessary infrastructure for the music industry in Wales is missing”.

“By creating a strategy and long-term targets – created with experts who understand the industry and understand Wales/the Welsh language – it is possible for public spending … to be intelligent and purposeful, rather than panicked or conveying a feeling that a bit of money needs to be thrown at something.”

‘Knit it all together’

Neal Thompson, Founder of music industry festival Focus Wales, said services are operating in isolation and need to “knit” together: “We do actually make up quite a viable music industry if you add it all together.”

“There’s a patchwork of things that we need to better mix together … The crossroads we’re at here is that we have an opportunity to develop, from the ground up, a real grassroots music industry for Wales.”

Creative Wales, launched by Deputy Culture Minister Dafydd Elis-Thomas last month, considers Wales’ music industry one of its key priorities. The organisation will provide funding for venues to improve their sustainability, either through physical or business-based improvements, to the delight of campaigners like the Music Venue Trust.

But some feel the country’s Government must develop a long-term strategy that identifies what skills and advice the industry needs before investing in infrastructure. Llwyd said support for grassroots venues “will only work at the moment for urban centres” and the focus should be on developing promoters instead.

“At the moment everyone seems to be meddling and we don’t have that clarity.”

Moses challenged the Government to support authentic Welsh culture: “I throw it back to the Government and say, ‘we need to be confident in creating the brand Wales.’

“At the moment, we are looking at the things that are British, that people can understand about Wales, rather than saying ‘this is unique about Wales.’ I feel … that the Eisteddfod is lost as something simply for Welsh speakers. If we in Wales think that, woe betide us.”

She added that language should not be thought of as a barrier to enjoying music.

“Sometimes we’re quite old-fashioned in our concept; we think if we don’t speak it, we don’t appreciate it and that’s long since disappeared [from music culture].”

Thompson said Welsh culture had already been ‘sold’ to the Welsh-speaking population, and those efforts should be broadened.

“It seems like a no-brainer to me that we should be using English to sell Welsh to people.”

Llwyd said there was a “strong argument” for introducing more bilingual gigs to areas where fewer people speak Welsh, saying “small things like that normalise the language”, while Edwards noted the importance of integrating Welsh-language music into event line-ups, rather than making a token effort: “The Welsh scene is not a genre it itself,” she said.