No growth in arts engagement over 15 years

The proportion of adults taking part in the arts is the same as it was in 2005. ACE says there is still progress to be found in the figures. 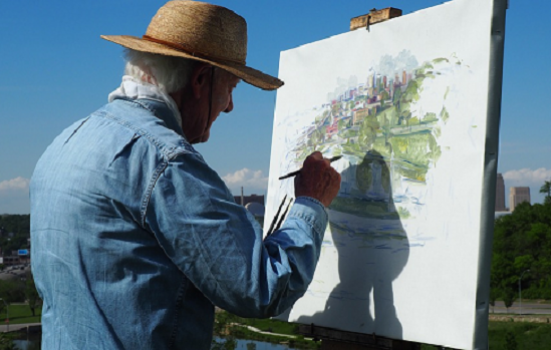 There has been no growth in engagement with the arts in England for 15 years, official data shows.

The Taking Part survey, which has been conducted every year since 2005/06, asks adults how frequently they attend or participate in arts events and canvassses the reasons why they don't attend.

In the survey's first year, 76% of respondents said they had engaged with the arts at least once in the past 12 months. The proportion was exactly the same in 2019/20.

While DCMS, which collects the data, says 2017 changes to questions about attendance and participation limit direct comparisons, the lack of growth over many years raises questions about the effectiveness of audience development measures - and of any future efforts to stoke participation post-Covid.

Arts Council England (ACE) said: "It's clear the pandemic will impact on audience engagement, just as it has on every area of life."

Face-to-face data collection was suspended from April and the annual report will not be produced in September 2021.

Despite the obvious challenges to engagement presented by venue closures and social distancing, ACE said "we've also seen many new and interesting ways of organisations reaching and supporting their local communities - from performances in carparks, on people's streets or in green spaces", as well as online.

"Given the current climate, we will all need to think about the types of activity we deliver and the way we measure it," the funder said.

Asked why it believes engagement has not increased over such a long period of time, ACE said it was important to recognise that engagement was "consistently high".

"It's important to consider who is engaging," a spokesperson said.

It pointed to increases in engagement among adults over 65 and adults with disabilities, as well as the diversity of social groups engaging with museum and library services.

"We know there is more work to be done in reaching a wider range of people," ACE said.

"There are many factors that can affect engagement – for instance, cost, location, offer, timings."

Survey respondents' most common reasons for not engaging with the arts were not being interested (43%), not having time (31%) and having a health problem or disability (21%). Price and location were lesser factors, cited by 9% of respondents.

Programmes like Creative People and Places have shown success in reaching less-engaged groups. ACE said its new strategy, Let's Create, is designed to address this disparity.

"We recognise that many people already have a rich and varied creative and cultural life, and we want to support that – as well as widen those opportunities to everyone in this country, regardless of background or geography."

Museums have not experienced the same stasis as the arts, although overall engagement is lower.

Attendance at museums and galleries has grown from 42% in 2005/06 to 51%, driven by increases across several age groups from 25 to 74. More disabled people are attending - last year, there was no significant difference from non-disabled people's attendance.

People cite a general interest in the institution's subject (50%) and spending time with family and friends (40%) as the main reasons for visiting.

Many (48%) visited museums only once a year. But in the last year, there was a 1% increase in the proportion of people who visit twice a year or more (50.5%).

As with museums, the gap between disabled and non-disabled people's engagement with the arts has narrowed over the past 15 years. Last year, 76% of people with a long-term illness or disability engaged with the arts at least once, a difference of 9 percentage points over the past decade.

"This narrowing is interesting, given that having a long-term health problem or disability was found to be the third-most common barrier against engaging with the arts," the Taking Part report notes.

However, there has been no meaningful change in engagement among the other demographics that ACE's new strategy targets.

White people reported higher engagement than people of Black or Asian ethnicity by a difference of 17 percentage points. People aged 75 or older were the least likely demographic to attend arts events at 64%.

There remains a yawning gap between engagement in the most deprived areas, where 59% of people reported engaging with the arts, compared to 83% in the most affluent areas.

Engagement also differs between regions in England. Survey respondents from the East of England and South West were the most likely to engage, at 82% and 87% respectively.