Despite a successful pilot programme in schools, no funding has been confirmed for the arts programme originally announce by David Cameron. 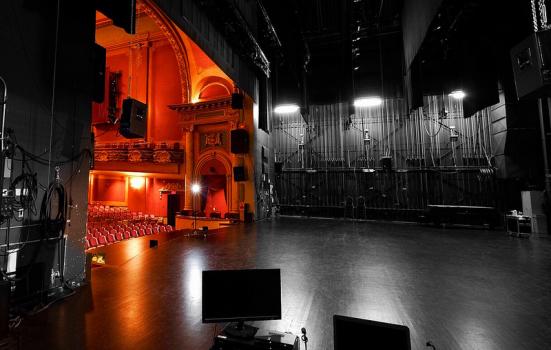 A pilot arts programme for young people from disadvantaged backgrounds, which was the pet project of former Prime Minister David Cameron, has successfully inspired engagement but now looks set to be dropped.

Almost 800 young people aged 11 to 15 were reached through the £500k pilot of the Cultural Citizens programme, which successfully increased participants’ awareness of arts and culture opportunities and their confidence to engage.

A positive evaluation of the pilot programme describes how allowing the young participants to design and lead the programme was the key to its success.

Originally announced by David Cameron as part of his now-defunct ‘Life Chances’ strategy, the one-year pilot programme featured as a key commitment of the 2016 Culture White Paper and was backed by then Culture Secretary Karen Bradley. There were hopes the programme would be rolled out across the country, but it now looks set to be dropped.

Confirming there was no future funding in place for the programme, an ACE spokesperson said: “This programme has provided valuable insight into young people’s motivation and behaviours when engaging with arts and culture which will inform our future work with children and young people.”

A spokesperson for the DCMS said “no decision has been made” about the future of the programme.

The Cultural Citizens programme took place during the 2016-17 academic year across multiple schools in three areas with low cultural participation and high deprivation: Blackpool and Liverpool; Birmingham; and Barking & Dagenham.

66% of young people involved in the programme said they had never or had irregularly taken part in arts and culture prior to the programme.

The programme aimed to give young people “fun experiences” that increased confidence and led to “permanent engagement” with the arts. Participants were taken on free trips to theatres, galleries and museums, and took part in teacher and artist-led activities in schools and at cultural venues. These included creating and performing work, and ‘taking over’ the running of an aspect of a venue.

The young people were instrumental in choosing and planning the activities undertaken, and sessions took a ‘club-style’ approach, allowing them to engage with culture whilst spending time with friends.

544 young people achieved an Arts Award through participation in the programme, and the evaluation found it increased awareness of arts and culture opportunities and confidence to engage for those who started from a low base.

After becoming involved with the programme, Sydney Russel School in Dagenham has set up its own culture council for students to steer arts and cultural activities in the future.

The evaluation concludes that young people from disadvantaged backgrounds must be involved in planning and designing arts programmes if they are to feel “truly engaged”.

These programmes must also be flexible to the needs of young people and work alongside existing networks to increase the chances of continued engagement once activity officially comes to an end.

Responding to the pilot, ACE said involving young people in the programming meant a wider array of activities was undertaken. It also recognised the importance of strong relationships between artist facilitators and young people to maintaining participants’ enthusiasm.

Richard Russell, Chief Operating Officer at ACE, said: “Cultural Citizens puts a great focus on exploring how arts and culture can be used to develop the confidence of young people, through offering them new social opportunities and educational development.

“It’s great to see the pilot have such a positive impact on children across the country.”

Update 26/02/18: This article was updated to include comment from the DCMS.