MPs investigating the fund's delivery were told applications will only be reassessed if there was a breach of process, not over a "subjective view", all but dashing the hopes of one Blackpool venue. 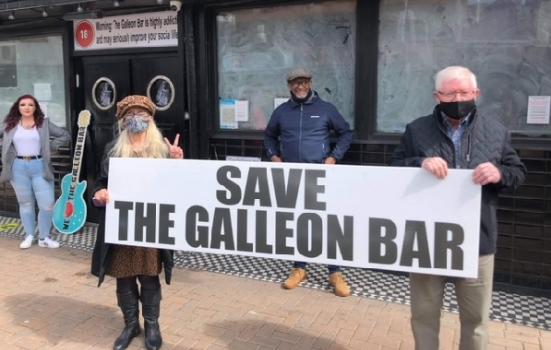 Rejected Culture Recovery Fund applicants can only appeal the decision based on a failure of process, MPs have heard.

Arts Council England (ACE) Chief Executive Darren Henley told the Public Accounts Committee inquiry into the fund's delivery there is a complaints process but no appeals process per se, because "that would become a subjective argument with the applicant".

"If there was a process issue then of course we would go back and learn from that, and we would indeed overturn the decision based on process, not on a subjective view."

The lack of recourse is bad news for organisations like The Galleon Bar in Blackpool, which is campaigning for a "discretionary award" after its application for £60,000 from the second Culture Recovery Fund (CRF) round was rejected.

Company Director Stephen Pierre says he is baffled as to how the late-night music venue was rejected when similar local businesses like Bootleg Social and Comedy Station were awarded £121,000 and £85,000 respectively.

"If this was Ronnie Scott's or The 100 Club in London I could understand that kind of money but these are small venues. It makes a mockery of how this has been looked at."

He is supported by local councillors who have written to ACE to assert the Galleon Bar's value as "a very important contributor to the developement of local talent and cultural, musical betterment" and promote its case for a review.

The funder, declining to comment on the Galleon Bar specifically, said "all applications are assessed thoroughly and decisions are then made by a panel of expert staff".

Money cannot be awarded from the CRF outside the usual process and unsuccessful applicants should instead try for National Lottery Project Grants, a spokesperson added.

Henley said: "When people put effort into making a grant application... they believe they are due that money."

"We have to do that in a very objective way."

Applicants must provide evidence of maladministration in the decision making process to get a review - a tall order when feedback wasn't given.

Complaints Manager Sam Ainsworth wrote to the Galleon Bar to say "I have not seen any evidence to suggest that your application has been misunderstood or that mistakes have been made in the decision making process".

"I am sorry that this proves to be the case."

Pierre is not giving up, however. He told ArtsProfessional he doesn't think his application was scrutinised carefully.

"We have, to the best of our ability, answered the questions about what we could use the money for.

"If we go for another grant and are turned [down] point blank without an explanation as to why... I will have to speak to DCMS or liquidate the company and start over."

A sense of 'unfairness'

Galleon Bar was rejected based on the financial information it provided, letters between the company and ACE show.

The business did not apply for round one of the CRF, having received a £50,000 Lloyds Bounce Back Loan during the application period.

But by the time CRF round two opened, the Galleon Bar had accrued £61,500 debt during the pandemic, had just £6,465 in restricted funds and was struggling to earn more due to the 10pm curfew imposed in September. With no kitchen facilities or outdoor space, it has been unable to operate since October.

ACE did not consider Galleon Bar's application provided sufficient evidence around its future sustainability, current operations and how it could adapt to ongoing changes in the public health context.

Pierre rejects this. A copy of his application, complete with accounts, budgets, delivery plans and financial statements, said the business planned to pay suppliers and overheads but otherwise keep costs to a minimum and "have a small contingency in place to ride out the storm until the summer time of 2021".

In a recent letter to ACE he writes: "Our CRF application set out an optimistic, fair and realistic road map to reopening."

"On this occasion something has gone terribly wrong in the process at ACE and the lack of discretion to help us has failed the great efforts of Department for Culture, Media & Sport with the CRF.

"The campaign for fairness will continue."