A political opponent has accused London Mayor Sadiq Khan of “cronyism” after his appointee and friend received money from the city’s culture budget. 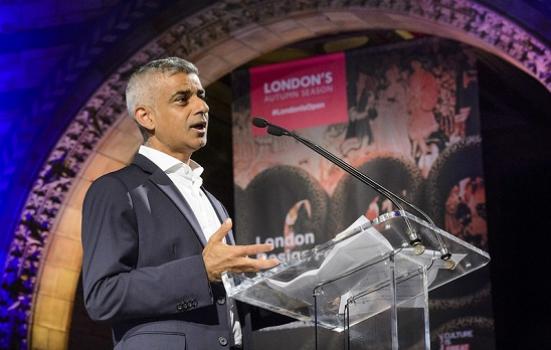 London’s Night Czar was paid £1000 to host a Borough of Culture event as a “freelance performer”, the Greater London Authority (GLA) has confirmed.

Amy Lamé, appointed in 2016 to stimulate the city’s night-time economy, was independently employed to MC and DJ the Waltham Forest Borough of Culture event ‘Duckie Loves Fanny’ in September 2019. The one-off show was presented by self-proclaimed “government sponsored drag” company and National Portfolio Organisation Duckie, which Lamé co-founded in 1995.

Waltham Forest Council received £1.3m from London Mayor Sadiq Khan for its Borough of Culture programme; it granted nearly £70,000 to Duckie for the event. Duckie then paid £1000 to Lamé for her role in the festivities.

Lamé is not a Director of Duckie. The payment went to her private company, Amy Lamé Ltd, which is noted on the GLA’s register of interests.

In a statement, the GLA said Lamé did not need to declare the specific payment since her company was already registered: “GLA employees are able to undertake other work provided it doesn’t interfere with their ability to perform their duties."

However, it said it has updated information on its register of interests “to provide further clarity” about Amy Lamé Ltd.

The Mayor’s office had no hand in choosing the organisations involved Waltham Forest’s Borough of Culture programme, the authority added.

Lamé donated the £1000, minus the tax she paid, to Galop, an LGBT anti-violence charity.

He alleged: “Sadiq Khan … is giving contracts, in this case via the London Borough of Waltham Forest, to people who are connected with him.

“The way this operates, I think, leaves serious questions to be answered. It was undeclared, the connection, and I think Sadiq Khan needs to come out and say that he wants to end this culture of cronyism in City Hall.”