Arts Council England says that if necessary, it will step in and insist on a change of leadership at its funded clients. 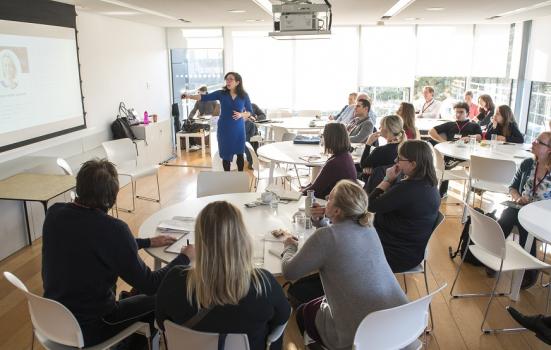 A new network supporting good governance in cultural organisations has been launched, with the aims of championing, sharing and promoting best practice among arts sector boards.

The Cultural Governance Alliance, unveiled this week by the Clore Leadership Programme, has created an online hub which includes a practical guide and links to relevant resources. It will also offer workshops, seminars and training, alongside advocating for good governance.

Funded by Arts Council England (ACE), the Calouste Gulbenkian Foundation and the Heritage Lottery Fund (HLF), it is backed by a further fifteen cultural sector bodies.

Launching the alliance at the Governance Now conference this week, David Hall, Chief Executive of the Foyle Foundation, said that it aims to “share information, foster collaboration, to try and bring together closer partnerships, all in the name of better governance.”

“Arts, museums, and galleries are at the centre of the very healthy civic society we have in this country,” he added. “They need to be well managed, better managed, and well governed.”

Mags Patten, ACE’s Executive Director of Public Policy and Communication, said that while most cultural boards were fulfilling their essential oversight duties well, they will also need to consider organisational culture and behaviours if they are to address the “significant challenges” that have been identified during work towards ACE’s next ten-year strategy.

These include developing business models suited to a changing economy, including investing in the right new technology, as well as supporting better succession planning and leadership development, said Patten.

“The board has a vital role in both appointing leaders and in establishing a creative, curious and compassionate culture where risk taking can thrive and people feel safe and supported to develop their full potential,” she continued.

She said that diversity was “the biggest challenge of all”, stressing that progress on changing the profile of the sector’s boards, leadership and workforces has been “too slow”.

ACE has recently increased the diversity of its National Council by introducing a more transparent recruitment process, rethinking its requirements to become more inclusive, and encouraging applications from people who met the criteria but “perhaps didn’t think of themselves as part of the traditional culture club”, said Patten, who urged cultural organisations to take similar steps.

Patten said that ACE will invest more in leadership development from next year, including building networks, mentoring and coaching, and wants to offer resources for chairs and board members as well as executive leaders. She added: “we’d like to have a conversation about reimagining the board bank for the 21st century”.

The creation of an alliance to support better governance was recommended in a report published last year, which identified a need for “greater agility and fresh thinking at board level” in cultural organisations.

Anne Murch, one of the report’s three authors, told AP that the Cultural Governance Alliance was a direct response to needs identified in this review.

“In our research interviews with chairs and chief executives we were struck by how uncertain people were about what good governance looks and feels like, and in particular how to establish strong relationships within boards of trustees and between trustees and paid staff,” said Murch.

“It was sometimes difficult for people to describe openly the reality of their board's culture and behaviours. And to know how to engage trustees usefully in the work of the organisation, and to take full advantage of their expertise without encouraging them to stray into executive territory.

“The idea of a cultural alliance was a direct response to many of the findings in our research with the central aim of increasing understanding of how good governance is pivotal to organisational resilience and success,” she added.

ACE will step in

It is not uncommon for arts organisations to become embroiled in crises when seemingly intractable differences between boards and executive leadership emerge. Patten said that while such cases were rare, funders had a responsibility to step in when they arise.

“As a funder you have to be prepared to go in and have difficult conversations and insist that change happens, and you have a right to do that,” said Patten. “Those situations do occur for us in a tiny minority of organisations every year, and we go in and we require leadership change whether that’s at board or executive level. And if the organisations want to survive, they usually come round to our world view”.

David Bryan, who alongside Hilary Carty, director of the Clore Leadership Programme, was another of the report’s authors, said that while practical resources were essential, the informal sharing of experiences, such as negotiating organisational conflicts, was also crucial to promoting good governance.

“Those more uncomfortable but critical issues…those are the soft-textured ones we need to talk about in small huddles and say ‘What did you do? How did you manage this? How did you survive that difficult period?’” said Bryan.

Sandy Nairne, Chair of the Clore Leadership Programme, said: “What we at Clore intend is that Governance Now marks a sea change – a deliberate and decisive raising of our collective game as cultural leaders. And let’s be clear about it, we’re not just talking about ensuring good governance - we want excellent governance, and we want to work together to see how we can obtain that.”

An alliance for culture change
Arts and cultural trustees must up their game, report says