A three-year project will research ways to support later-life creativity and creative technology solutions for an ageing population. 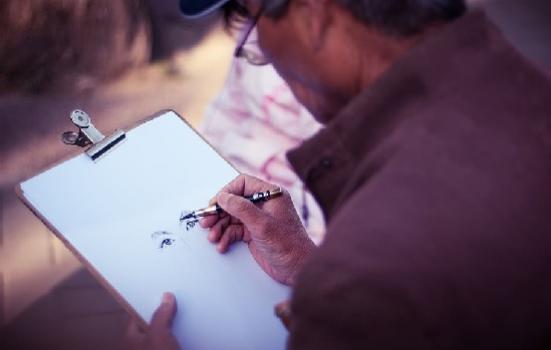 A new agency has been given £250,000 to develop, support and advocate for ‘creative ageing’ across the UK, “emphasising its importance” to policymakers.

The three-year project funded by the Baring Foundation and delivered by a partnership between Manchester Museum, the University of Manchester, Greater Manchester Combined Authority and the Greater Manchester Ageing Hub, will undertake three year-long investigations. One will examine the intersection of age and diversity in the cultural sector, another will look at ways to support later-life creativity, and a third will investigate creative technology solutions for an ageing population.

Manchester Museum Director Esme Ward said the partnership is now recruiting for the centre’s Director, and hopes the successful candidate will “hit the ground running” early in 2020.

Ward, who is also the culture lead on the Greater Manchester Ageing Hub, says the city has made great strides in this field through a citizen-led programme of work over the past 10 years. This has led to it being recognised as the UK’s first age-friendly city by the World Health Organisation. The region’s age-friendly strategy includes plans to increase older residents’ engagement with arts activities and establish a world-first Centre for Age-Friendly Culture.

“We were doing all that work anyway and then the Baring Foundation did the call out for a national agency to support organisations across England." Ward said that the Manchester partners "hummed and hawed about" whether they should have a national role before “acknowledging that we have significant expertise we can draw on.”

For now, though, working outside the funder’s requirements gives it flexibility to explore new approaches to creative ageing practices: “It’s not an Ofsted for the cultural sector … It’s about connecting people, raising the support and raising the profile.”

Ward said much of the work around creative ageing currently is siloed and “not embedded in the core priorities of funders”.

“There is a core conversation to have here about who culture is for.”

It is hoped that the agency’s work will address what Ward called “intractable issues [with creative ageing] that the cultural sector hasn’t got to grips with”.

Its aims include broadening perceptions of older people to reflect the diversity within that demographic, creating new opportunities for older people to express their creativity, better understanding what forms and styles their creative output takes, and making their engagement with arts and culture as high a priority for funders as young peoples’ is.

Ward added: “this [project] speaks to some of the really big issues of our age. This is about the quality of your life perhaps more than the length of your life.

“[This is] a huge opportunity to shift the narrative around ageing.”