The West Midlands Music Board will prioritise the economic growth and recovery, inclusion, representation and advocacy of its local music scene. 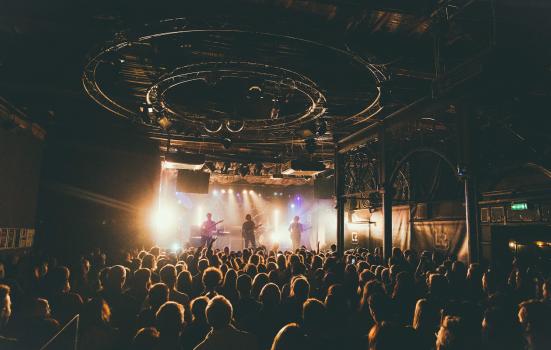 West Midland’s first dedicated music board has been launched to help the local music scene grow and recover post pandemic.

The West Midlands Music Board (WMMB) pledges to be a “collective, strategic voice” that can “advocate for, compile data on, and lead the local music sector”.

It will operate autonomously as a “unified voice for music in the region,” according to Chair Nick Reed.

“The board aims to represent a unique identity by placing music and the wider night-time economy in the West Midlands at the heart of national and regional strategy.

“We will work to ensure that decisions around investment, training, planning and skills allow our incredible music sector to flourish and grow.”

Talks to create the board started two years ago but were put on hold last year due to the pandemic.

Culture Central, Sound Diplomacy and Punch Records’ Ammo Talwar seeded the idea, with open roundtables deciding an independent board would have the biggest impact across the West Midlands.

With the industry now looking ahead to recovery, WMMB is charged with assisting all sides of the industry, including festivals, music educators, record labels, venues and promoters.

The board estimates the West Midlands’ local music tourism sector supports more than 3500 jobs and contributes a “significant portion” of the £5bn UK music industry.

Reed acknowledges the board’s launch comes “when the postponement of Stage 4 is causing profound and extended hardship for everyone in our sector”.

“There has never been a more important time to unite.”

Thirteen board members have been selected to represent the West Midlands music scene.

They include Alicja Kaczmarek, Founder of independent arts venue Centrala, who said she was “thrilled” by the board’s diversity.

“Half of the members are females and there are representatives of large organisations and business as well as small independent venues.

“[The board] will represent industry on local and national level, promoting the region and lobbying for better conditions and resources to develop the music scene and attract more talent to the region.”

Sound Diplomacy established a similar board in Cardiff in 2019. Currently 24 strong, Cardiff Music Board is made up of local councillors and music industry professionals.

In January it pledged to engage Cardiff’s grassroots music sector in developing the Atlantic Wharf Arena.

The UK’s first regional music board was established in London in April 2016 and was credited by UK Music’s then-CEO Michael Dugher for contributing to a rise in music venues in the capital.

WMMB’s launch comes as the music sector urges the Government to rethink its post-Brexit touring regulations.

More than 50 influential musicians signed an open letter to Boris Johnson as part of a new campaign, #LetTheMusicMove. According to the letter, 44% of British musicians earned up to half their income in the EU prior to March 2020.

ISM Chief Executive Deborah Annetts commented: “Next week [Brexit Minister] Lord Frost will face MPs and he must make a commitment to undo the extra costs, paperwork and restrictions created by the Brexit Deal he made with the EU.”

WMMB’s board members are aware of the impact next week’s negotiations are likely to have on the local music scene.

Kaczmarek said she wanted to make sure the music sector received more support with new visa requirements and the increased cost of inviting artists from Europe.

“It is important we stay connected with the rest of Europe and touring and collaborations will continue.”