A provocation paper commissioned by Bluecoat arts centre is the focus of an attempt to create new entry points into artistic leadership. 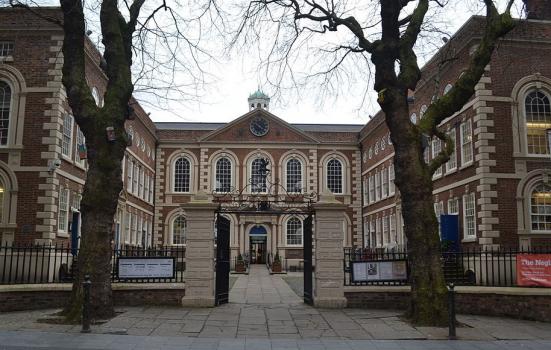 An initiative aiming to articulate the need for support for existing and emerging arts leaders in England’s regions has been launched by Bluecoat, Liverpool’s centre for the contemporary arts.

The organisation will work to identify how such support can be best resourced and formalised, and to “create new entry points into artistic leadership which will strengthen and extend diversity in the arts in Britain”.

As Bluecoat, the UK’s oldest arts centre, celebrates its 300th anniversary this year, the initiative is seen as an opportunity to reflect on how the nature of artistic leadership has changed during its lifetime.

A provocation paper by cultural consultant Mark Robinson, Inside, Outside, Beyond: Artistic Leadership for Contradictory Times, has been published to kick-start the debate.

In the paper, Robinson notes that “Despite policy consensus on the benefits of a more diverse sector, including for social mobility, some types of people continue to dominate and others continue to be under-represented. Longstanding inequalities in who gets to be an arts professional deepen.”

He points to “evidence of the systemic narrowness of the cultural workforce” but declares it “no surprise that many boards and funders then seek a charismatic super-being to lead their organization” given the complexities of the task they face.

The paper sets out “a simple framework for artistic leadership in the future, one which can be used to develop ways of working, organisations and networks which can be adaptive and resilient and which can produce the kind of rich cultural value desired.”

Between now and the end of 2017 the paper will be the focus of a series of discussions in small focus groups involving leaders in the arts and key businesses in the private sector, who will contribute to the debate around artistic leadership. A final seminar bringing together out-comes from these discussion groups, and disseminating the key findings to a wider public, will be convened by Bluecoat in February 2018.

Mary Cloake, Chief Executive of Bluecoat, said: “Bluecoat is both a business and an arts centre and we believe that the arts sector and the business community have much to gain through exchange of ideas and expertise.”

Pulse report – part 1: Diversity in the arts workforce – what needs to change?
A real shift in cultural leadership