Funders say they will encourage visual arts organisations to implement the payment framework, which aims to create better conditions for artists making work for public exhibitions. 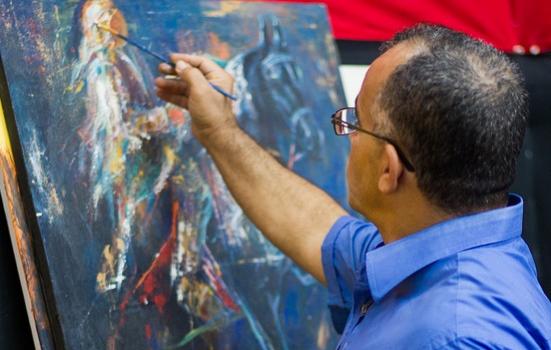 Faris Algosaibi via flickr.com (CC BY 2.0)

A new Exhibition Payment Guide has set out a tariff of suggested payments to artists for their contributions to public exhibitions. It aims to establish a framework that will apply to all artists and organisations that receive public funds for visual arts presentation to the public.

The guidance, which includes suggestions for implementation, has been drawn up by membership body a-n The Artist Information Company and its artists advisory group, AIR. Its publication follows a two-year consultation process involving 2,000 artists, curators and funders.

The Guide states that artists should be paid in recognition of their “singular imagination and professional contribution to the success of publicly-funded exhibitions”. Jeanie Scott, Executive Director of a-n, described it as being “about more than just ensuring artists are fairly paid. It’s about recognising the significant contribution they make to our material lives, and to the broad economic success the sector enjoys.”

The payment framework offers a starting point for negotiations, designed to lead to a fair payment.

Funded visual arts organisations are grouped into four categories, depending on their annual exhibition budgets, and the value of the proposed payment to artists relates to this, as well as whether the work being exhibited is new or existing work.

a-n says the guidelines represent “a significant marker in the evolution of the visual arts sector and a vital step in ensuring the sustainability of the arts ecology in England, Scotland and Wales for decades to come”.

Although there are more than 150 publicly funded galleries in England, Scotland and Wales, until now there has been no widely agreed approach to paying artists for creating the work shown there.

Research found that 71% of artists had not received a fee for their contributions to publicly-funded exhibitions and 63% had to turn down exhibition offers from publicly-funded galleries because they couldn’t afford to work for nothing.

Funders will be encouraging visual arts organisations to implement the guidelines.

Paying artists fairly is listed in Creative Scotland’s new Arts Strategy among a range of measures to raise the profile of artists and the arts in Scotland.

Amanda Catto, Head of Visual Artists at Creative Scotland, welcomed this guidelines, describing them as “a step forward in creating better conditions for artists making work for public exhibitions”. She said: “We will continue to work with a-n and other partners to promote this guidance and its adoption by publicly funded galleries across Scotland.”

Peter Heslip, Arts Council England’s (ACE) Director of Visual Arts has committed to the guidance, saying that ACE will be “working with funded exhibitors to implement it over our next funding period”.

Artists should of course never be out of pocket from a publicly funded non-selling exhibition. And they should also be paid for their time, unless the exhibition is likely to lead to sales. However, some artists that exhibit in publicly funded galleries sell well and have dealers. In those cases it seems to me that the dealer should be expected to cover the artist's costs, not public funding. Am I wrong?