Mary Caws, who has held similar roles at Theatre Royal Stratford East and Watford Palace Theatre, will take up post next month. 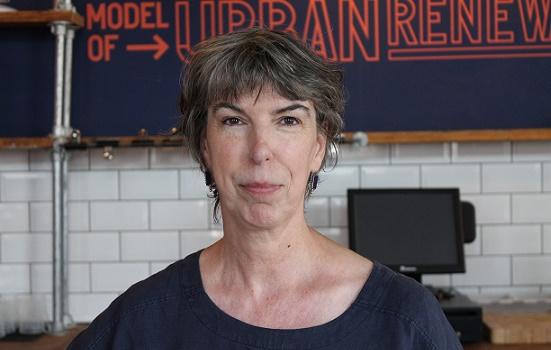 Caws, who has previously held executive roles at Theatre Royal Stratford East and Watford Palace Theatre, joins after recent interim roles at Oldham Coliseum and the Queens Theatre in Hornchurch.

She will take up post in August, replacing Lauren Scholey, who stepped down earlier this year after six years with the organisation to focus on her family.

“For the last 20 years I have been working in quite traditional models,” Caws told AP. “At Tobacco Factory Theatres they’re making everything work with very little public subsidy and have sustained audiences of 85%. There is such affection for this place – people really want it to survive.

“It’s a new business model for me and it’s really good to keep yourself open to new ways of working.”

Caws joins as the theatre completes a £1.5m capital project. A new studio space, the Spielman Theatre, will open in the autumn, alongside a refurbishment of the front of house, and a remodelling of the backstage space.

She praised Artistic Director Mike Tweddle for his work connecting with deprived communities in South Bristol and expanding the proportion of work produced in-house.

Commenting on Caws’ appointment, Tweddle said: “We are delighted to welcome Mary to the Tobacco Factory Theatres team. She joins us as we embark on an ambitious new chapter in the organisation’s life – with two world-class theatre spaces at the centre of a reimagined building that will open its doors to new audiences, and offer powerful opportunities to local communities.

“I have no doubt that Mary’s passion, experience and leadership will enable us to achieve our aspirations in powerful and sustainable ways.”