The former CIF policy priority of campaigning against a compulsory EBacc in schools has been shelved in favour of an “early emphasis on creative careers”. 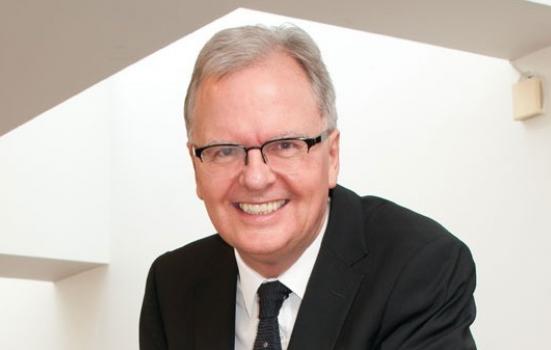 The Creative Industries Federation (CIF), the membership body tasked with being the link between the creative industries sector and Government, has appointed Alan Bishop as interim Chief Executive Officer (CEO).

The former CEO of the Southbank Centre and Chairman of Saatchi & Saatchi International, who has spent a “lifetime in the creative industries”, has taken over following the sudden departure of John Kampfner, who had been in the role for four years. Bishop’s position is temporary and will in part focus on finding “the right CEO for the longer term”.

He will be responsible for progress towards three goals for CIF: to ensure advocacy capabilities develop further; to ensure CIF’s agenda “fully reflects the needs and priorities of our members”; and to guide the organisation with an “early emphasis on creative careers” and the “continuing need to help shape Brexit to the best interests of the sector”.

CIF Chairman Rick Haythornthwaite, who was Chair at the Southbank Centre during Bishop’s tenure, added that the future of the organisation lies in becoming “more forensic and innovative” in its advocacy and “raising our efforts to navigate through blockages in the national creative ecosystem and process”.

Bishop told AP this was not an indication that CIF must act differently, but instead a recognition that “as time progresses our job will get more difficult and we will have to be more flexible and knowledgeable”.

Some former CIF policy priorities relating to arts education – including campaigning against government plans to make the controversial English Baccalaureate (EBacc) compulsory for 90% of students – appear to have been shelved.

Bishop enthused about the possibilities for people working in the creative industries to support the development of creative careers. But he declined to comment specifically on whether the EBacc education policy should be modified or withdrawn, saying he didn’t want to spend time on negative campaigning.

“Like everybody else I’m concerned about the lack of priority given to arts subjects in schools,” he said. “But given structural issues in education, how can we best do what’s right for the creative industries?”

He dismissed concerns that arts and culture were secondary to IT and digital businesses in discussions about the creative industries, saying instead his concern was about “the current over-emphasis given to goods rather than services”. He noted the creative industries’ contribution to the economy is more pronounced than that of the financial services sector and stressed the importance of culture to the tourism industry in the UK.

Addressing Brexit, he said the Federation would have to be “very careful” in finding the right policy and advocacy approach in response to the Government’s recent White Paper and in working out what it means for the creative industries. The sector will have to “punch above its weight”, he said, to have the success it has had in the past if the Brexit deal is in any way unfavourable to the creative industries.

Kampfner will continue to assist in the representation of the Federation with external stakeholders during a four-month transition period. He praised Bishop’s appointment, saying he has “just the right skills to lead the Federation into the next phase”.