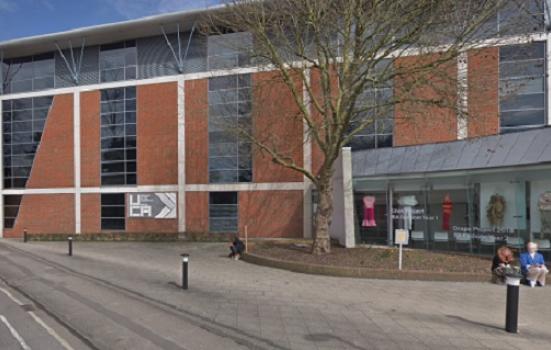 A new building at UCA's Epsom campus, pictured, has been delayed.
Photo:

A new building to house a multi-million pound Business School for the Creative Industries has been delayed by at least a year.

The University for the Creative Arts (UCA) says detailed design work is yet to begin for the project at its campus at Epsom in Surrey, despite original plans for it to be ready for occupation in September 2021.

The project is estimated to cost between £7.5m and £15.3m. It is now expected that construction will begin in late 2020 – subject to philanthropic support being secured – and be completed in 2022 or 2023.

A UCA spokesperson cited the need to “navigate the appropriate internal approvals” before approving large contracts as the reason for the delay.

The winner of the competition to design the building will be announced on Wednesday, the spokesperson said. The successful team will then develop their design into a full planning application.

A place for the next generation

The Business School for the Creative Industries launched in 2018, and is currently located in a building known as the Market Place. The new 3,985 square metre facility will link up to this building. It will include flexible spaces for teaching, learning, socialising and administration. Planning documents say the new school will be “calm and safe”, “noisy and interactive”, and at all times “purposeful”.

The Memorandum of Information for potential design teams says the building’s construction will require the demolition of one of the original Epsom campus buildings – its further education block – but lead to reduced maintenance and greater efficiency. The new building will mean that Epsom, previously UCA’s smallest campus, will become its second largest.

The business school is “a unique concept that will seek to provide an environment in which the beauty and free expression of art can mix effortlessly with the rational sobriety of the business world”, the memorandum says.

“This fusion of the creative industries and business has the goal of becoming the place where the next generation of arts entrepreneurs meet, create and turn ideas into sound business models.”

But the business school project may not even come to fruition if student numbers at UCA stagnate or fall.

According to the memorandum: “The Business School for the Creative Industries is a new undertaking for the university and realisation of the new building will be dependent upon the projected uptake in student numbers for the new undergraduate and postgraduate courses to be offered by the school, in addition to existing courses already accommodated on campus.”

Asked whether the university has enough capital to complete construction without outside donors, a spokesperson said that “philanthropic collaboration has always been a key part of the vision for this new building”.

“This is the avenue we’re continuing to explore in the first instance.”