The ‘radical’ proposals for reform also suggest combining GCSEs, A-levels and technical qualifications into an overarching award for 14-19 year olds. 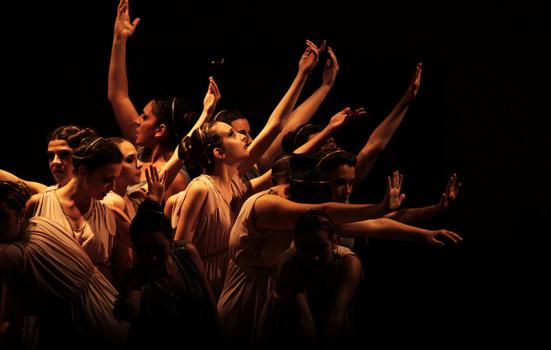 An alternative baccalaureate which includes space for two creative GCSEs has been proposed by a former Secretary of State for Education as a direct challenge to the government’s contentious English Baccalaureate (EBacc).

Lord Kenneth Baker’s proposals would introduce a creative GCSE option choice, including music, dance and drama, and a choice between a design and technology GCSE or an approved technical award.

Referring to the introduction of England’s National Curriculum by the Conservatives in the 1990s, he said: “We had assumed that our curriculum would meet the needs of all 14-16 year olds. Experience proved that we had been too prescriptive,” he said.

Calling the current curriculum proposals ‘old fashioned’, the report by Lord Baker and the Edge Foundation calls for “radical action” to “ensure that the curriculum truly prepares young people for employment in a global digital economy”.

It dismisses current proposals, under which 90% of young people aged 14-16 will study two English subjects, Maths, two science subjects, a foreign language, and either history or geography. Instead, the new baccalaureate proposed would include:

This followed a trend of general decline in arts subject take up in schools, with overall GCSE take-up plummeting five-fold and ‘A’ level arts subject take-up falling three-fold in the same period.

The report says: “It is obvious that if entries in EBacc subjects rise, entries in other subjects will fall. Based on 2015 data, 225,000 young people will have to drop a subject and take a foreign language instead, while 136,000 will have to take either history or geography instead of a subject they prefer”.

In a more radical proposal, the report also advocates combining GCSEs, A-Levels and technical qualifications into an overarching award for 14-19 year olds.

It says this would remove the ‘artificial divide’ between academic and technical education and help young people develop the ‘skills and behaviour’ required for the workforce in the age of digital revolution.

The report asks why young people must take all of their GCSEs in one go at the age of 16. It says: “Wouldn’t it be better to develop a single, coherent 14-19 framework, giving young people the chance to take their exams over a longer period?”

Responding to the report, the Bacc for the Future campaign said: “Whilst we do not endorse particular proposals, we note that Lord Baker has announced a further alternative to the compulsory EBacc and encourage the Department for Education to carefully consider all options when responding to the EBacc consultation.”

Deborah Annetts, Chief Executive of the Incorporated Society of Musicans (ISM), said: “The Department for Education's proposals for a narrowly defined EBacc is already having a devastating impact on the uptake of highly valued creative, artistic and technical subjects at GCSE – as seen by the 7.75% drop this year.

“This alternative Baccalaureate proposed by Lord Baker gives another real option for the Department for Education to consider and could help to ensure a greater flexibility for pupils and teachers to study and teach a broad and balanced curriculum that is best suited to individual pupils needs.

“We cannot afford for the EBacc to impact further on our secondary schools, our creative industries and our wider economy and strongly urge the Government to withdraw or reform their current proposals.”

But opposition to the EBacc is not universal. In an ‘alternative Green Paper’ on education reforms, published in September, the influential Headteachers’ Roundtable group criticised the Government’s recent White and Green Papers on education – saying they addressed ‘political imperatives’ rather than ‘the educational necessities of creating a school system that enables all to thrive’ – but failed to question the implementation of the EBacc.

A Government consultation on the implementation of the EBacc closed in January 2016, but the Department for Education has given no indication yet as to when it will publish a response to this.

The arts data companies' partnership has evolved into a union that aims to "accelerate" results for clients.