Tate, the British Museum and Imperial War Museums have all recently completed drives to gain support for large-scale capital work, but economic changes also played a part in the decline. 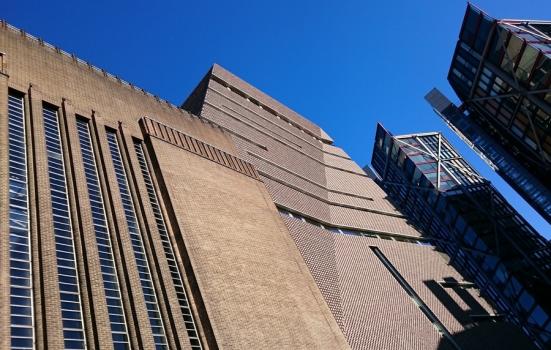 Income from fundraising at the 15 museums in England that receive direct funding from DCMS has fallen to its lowest level since 2014, government figures reveal.

The majority of this trend can be explained by the timing of major capital fundraising campaigns, but some of the drop has also been put down to economic factors.

Museums sponsored by DCMS include national institutions such as the British Museum and the Science Museum Group, as well as two without national status – the Horniman Museum and the Geffrye Museum, both in London.

Income from fundraising at these museums – which includes money from sponsorship and membership schemes as well as gifts, charity grants and donations – fell by 16% last year, and has declined by more than a quarter (28%) since 2013/14.

A spokesperson for the museum said that the drop was mainly due to the timing of its capital fundraising efforts, because its fundraised income in 2013/14 included more than £20m towards its World Conservation and Exhibitions Centre, which opened in 2014.

“There has been some decrease however reflecting changes in this market and the global economy,” added the spokesperson.

A spokesperson for the gallery group said that the higher levels of income seen several years ago include large amounts of capital raised for the new Tate Modern extension, which opened in 2016, as well as for the expansion of Tate St Ives, which opened last year.

An IWM spokesperson said that in 2013/14 the museum was fundraising for a £40m transformation project that included new First World War Galleries and a newly configured atrium.

Richard Naylor, Director of Research at BOP Consulting, said that this kind of large fluctuation in the overall level of fundraising income was set to become a “new normal” as museums develop their proficiency in large-scale capital fundraising.

“Over the last decade or so, the largest cultural organisations in the UK have become much more professional and ambitious in their capital campaigns,” he said. “This often includes setting up separate, special purpose fundraising boards that are solely focused on the capital campaign (copying what is common practice in the US). The boards and campaigns are then wound down when the capital project is complete. These kinds of time limited capital campaigns - which are focused on exciting new facilities and spaces - tend to attract the attention of large donors more than annual fundraising campaigns do, which are by necessity more focused on the day-to-day work of organisations.”

Another key source of self-generated income for museums is trading activities, which include services or products sold by the organisation, such as retail, corporate hire or image licensing.

The overall amount DCMS-sponsored museums generate through trading activities rose slightly last year, from £46.3m to £49.2m. But it was lower than its level of £53.4m in 2015/16.

Over the longer term, trading income appears to have fallen significantly: it is now 12% lower than it was in 2008/9, and less than two thirds of its peak of £77.5m in 2014/15. But these comparisons may be misleading, because several institutions have changed the way they report trading income, leading to large fluctuations in the overall total.

One institution that has seen a decline is the British Museum, whose trading income fell over the past five years from £18.5m to £7.8m. “The decrease is primarily explained by a reduction in consultancy income as a number of consultancy arrangements concluded in between these two periods,” said a spokesperson.

In contrast, overall income at DCMS-sponsored museums from admissions has soared to its highest level for a decade. This type of income was £48.7m last year - £4.6m more than the previous year and almost double its level of £25.5m ten years ago.

Despite this, the drop in fundraising income has contributed to a fall in the level of the museums self-generated income – the sum of money coming from fundraising, admissions and trading activities, rather than regular government grants. Last year, this was £271.4m, representing a fall of 8% on the previous year and more than a fifth (22%) since 2013/14.

The latest figures also indicate that overall visitor numbers at DCMS-sponsored museums are static. Last year there were 47.3 million visitors across these institutions – the same as the previous year, and slightly less than the total of 47.6 million in 2015/16 and 2016/17.

Visitor figures remain significantly higher than their level of 40.4 million in 2008/9. Since then, annual visits successively rose each year, reaching a peak of 50.8 million in 2014/15, before dropping to their present levels.

A government review of DCMS-sponsored museums last year found that they had “considerably developed their income generation and commercial operations”, with this accounting for an average of 16% of income.

But it said that barriers to maximising self-generated income include outdated buildings, varying visitor patterns and a lack of commercially-focused staff. Moreover, donors and sponsors “are reluctant to be perceived as filling gaps left by cuts to grant in aid and generally want to support visible projects such as new galleries.”