The Durham Commission on creative education has refocussed its priorities in light of Covid-19, saying success depends on bridging the digital divide. 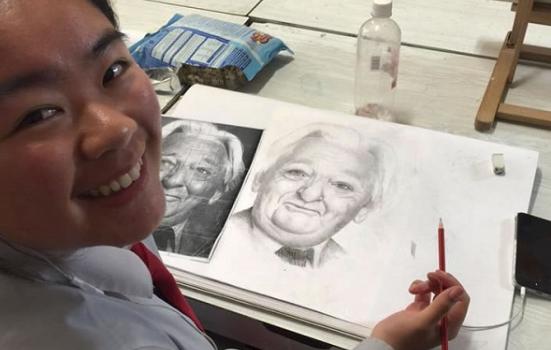 Conventional forms of cultural education have fallen off the map during Covid-19
Photo:

Applications for a national creativity network pilot will open next month, furthering ambitions to nurture creativity in schools.

The Durham Commission, having released its first report on the topic in October 2019, has refocussed on six of its initial 10 recommendations amid the challenges presented by Covid-19, prioritising extra-curricular and digital access issues.

It is pursuing its primary goal - Creativity Collaboratives - in partnership with Arts Council England (ACE), which will run the three-year scheme.

The collaboratives will model practices for cultivating creativity in young people, with a particular focus on the most disadvantaged. The Creativity Exchange, an online space launched by ACE earlier this year, will help connect teachers with resources and each other.

Work will begin in October with at least eight school "clusters", carrying through until July 2024.

While the pandemic has enshrined creativity as fundamental to young people's lives, it has damaged conventional routes to embedding it in education. School leaders told the commission safety is their first concern, and that there will be challenges to group creative activities for some time.

The report notes that universal access to creative education will not be possible until the digital divide is ameliorated: "From the commission’s perspective, digital inequity must be removed, not as an adjunct to delivering creativity in education, but as the means to promote it."

"This is a watershed moment in education," the commission's new report reads.

"If we do not ensure equality of access and teach young people how to use and control technology rather than be used by it, the virtual world will simply magnify the disparities of the physical world, and we will have missed a great opportunity for positive change."

While arts have been "particularly popular for home learning," the commission found access is not equal: "There remain shocking discrepancies in access to hardware and networks."

It's estimated up to 1.78 million UK children don't have a suitable device for learning at home and up to 60,000 have no home internet access at all.

A Government laptop scheme tried to address this last April, making 200,000 devices and 50,000 routers available to disadvantaged families, but the Children's Commissioner estimates another 340,000 children would have been eligible.

Schools say the scale and complexity of the problem is not being recognised. Despite this, teachers are finding ways to keep arts provision going online and a survey of pupils aged 14 to 18 found the personal creativity afforded by technology helped them to stay positive during the pandemic.

Mark Londesborough, Associate Director of Creative Learning and Development at the RSA, said he was excited about teachers' "creative adoption of technology" during the pandemic.

"We are still concerned by the difficulties in remotely teaching arts subjects – such as drama, music, dance and art and we’d like to see a sharp focus on the subjects themselves.

"Access to cultural events isn’t the only arts entitlement we should be arguing for - creativity in the arts is founded on ongoing, well-sequenced learning, not just cultural engagement."

The commission is calling on the Department for Education to fund teacher training in digital literacy and digital creativity: "This is now even more vital," it says.

Schools and pupils were creative in the way they had adapted to the constraints imposed on creative education during the lockdowns, the commission said.

It says that "making arrangements for the return of extra curricular activities has not been a priority within schools" to the detriment of opportunities for creative learning and expression.

However, teachers hoped the situation would provide an opportunity to strengthen relationships with the cultural sector.

"Although creativity might be squeezed by the physical restraints in schools and the pressures of catch up, school leaders thought it was crucial to address the wellbeing of pupils and re-establish the supportive culture of their schools," the report said.

"This might in practice depend on the kinds of collective and individual creative activities that [are] simultaneously hardest to pursue."

Sam Cairns, Co-Director of the Cultural Learning Alliance, said the commission has rightly identified the challenges to lasting improvements to children's creative education.

"The six priorities identified...  are sensible, but there is still a lot of work to do with limited resources to convince parents who are worried by headlines saying that their children will never ‘catch up’, and to convince schools who see embedding creative practice and the arts as a risk."

The commission says "resources should be found" to grow the Saturday Clubs, which have promoted art and design activities over the past 10 years.

ACE will work with schools and other partners on integrating arts into the recovery curriculum in the immediate future and continue advocating for a National Plan for Cultural Education in the long term.