Musicians are paying the price of Covid mitigation measures

The latest grim statistics reveal the impact that closed venues and social distancing are having on musicians’ lives and careers. 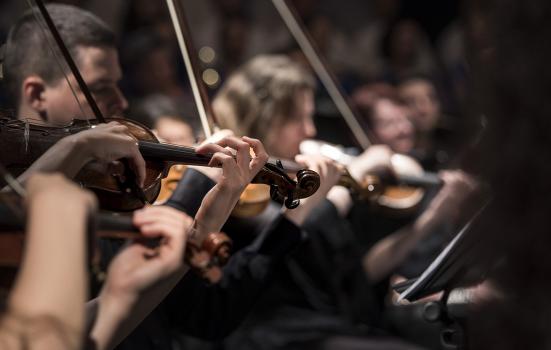 Almost half (47%) of musicians have been looking for work outside the music industry and over a third (34%) may never return, according to a survey of Musicians’ Union (MU) members.

The figures in the union's Covid-19 Impact Poll show 6% of the 2,000 respondents have no work at all.

And those numbers could be higher still when the Government institutes its new, cut-price furlough scheme next month. A third of all musicians didn’t qualify for the Coronavirsu Job Rentention Scheme or Self-Employment Income Support Scheme in the first place, but of those that did, 87% say they will face financial hardship when the income support expires.

Nine out of ten of them believe the Government has not done enough to support musicians during the pandemic.

The music industry is worth an estimated £5bn and supports huge numbers of jobs in non-music fields, from lighting technicians and box office staff. to ticket sellers.

Responding to the results, Horace Trubridge, General Secretary of the MU said: “If one musician is out of work, you can be sure many others will be affected too.

“We appreciate all the Government has done to support our members through the furlough and self-employment income support schemes so far, but they must not abandon musicians now. With social distancing measures still in place, venues can only sell at around 30% of usual capacity.”

The MU is calling on the Government to implement a seat-matching scheme similar to the government’s ‘Eat Out to Help Out’ scheme.

It proposes the Government underwrite the cost of a second seat at a concert – allowing those seats to be removed or blocked to ensure social distancing. This would take venues’ potential revenue to 60%.

Trubridge continued: “Getting musicians back to work is the priority. However, this is simply not realistic for so many of our members while social distancing remains in place."

"We strongly urge the Government to recognise the unique situation that our members are in and to provide sector specific financial support for musicians."

The MU is urging musicians to write to their MPs to challenge the Government to plug the gaps in the Self Employment Income Support Scheme; provide sector specific support for freelancers; and take measures to make sure re-opening venues is economically viable.

They advise: “Remember to include how you are affected too – personal stories make all the difference.”