Music teachers ‘have less job security and lower pay than ever’

A report by the Musicians’ Union warns instrument teaching could become an unviable career because of growing contractual and pay-related problems. 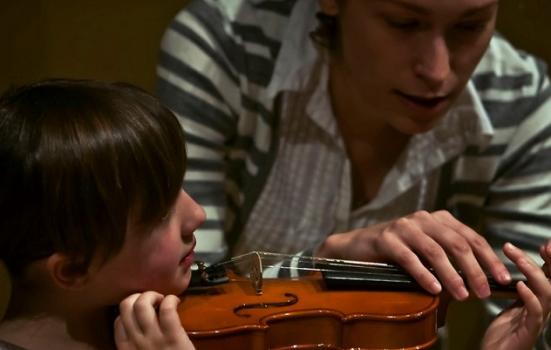 Music teachers have never had lower pay or less job security, a new report by the Musicians’ Union (MU) has found.

It also stresses job dissatisfaction is on the rise due to a widespread lack of financial support, such as maternity pay and sick pay, and questions the extent to which a career in music teaching “is still viable”.

The MU has called for fit-for-purpose template contracts for music teachers to be developed and has raised concerns about the financial struggles facing hubs and music services following Government cuts.

Assessing current music education provision in England, the report focuses on pay, training, and employment terms for ‘peripatetic’ music teachers in schools – those who travel from location to location teaching children to play instruments.

“Of those who contact us, the majority of MU members who teach work as peri teachers either without a contract or with one that is not fit for purpose,” the report authors write.

Many peripatetic teachers are now self-employed, but earn “significantly less” than the MU-recommended rate of £33 per hour. The MU said it was a “source of shame” that teachers are so poorly paid, given some hub and music service managers have retained employed salaries “equivalent to headteacher pay scales”.

The report also examines the impact of changes in recent policy, such as the introduction of music hubs in 2012, and criticises recent cuts in funding.

“Today, despite the Government’s commitment to funding until 2020, financial straitening for hubs and music services remains a significant problem, compounded by cuts to school and local authority budgets,” the authors write.

“This has led to widespread manoeuvring around peri teachers’ terms of engagement in an attempt to save money, resulting in fragmentation and demoralisation of the workforce.”

The report criticises a growing trend to employ teachers through employment agencies, which it says diverts funds away from teachers’ pay and into agency commissions.

The MU also found teachers can be charged up to £10 to use teaching rooms, and warns that room rental fees “should not be used as a revenue generator to plug gaps in school budgets”.

Noting that as music teachers move away from a contract, they lose rights such as maternity leave, or financial support for travel, MU recommends fit-for-purpose template contracts be agreed and developed by the sector.

The authors write: “Contracts are beneficial for both employers and teachers and should always be used, regardless of whether teachers are self-employed, employed or workers.

“Contracts should NOT be used to define employment status according to the hub/music service’s preference; rather, a teacher’s employment status is defined by the manner of their work, and the contract should formalise this.”

In addition, the union calls on Arts Council England to recommend hubs offer teachers continued professional development opportunities, and on the Government to recognise that its current education policy contains “inherent contradictions”.