New research examines the pressures on musicians’ mental health and wellbeing caused by unpredictable careers, a culture of self-criticism and the lack of time to relax. 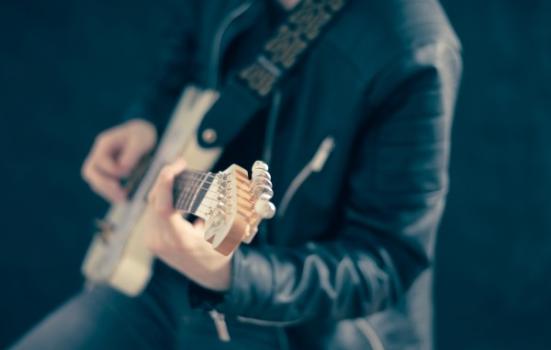 Music students should study the impact of mental health challenges on professional musicians to better prepare them for a career in the industry, charity Help Musicians UK (HMUK) has argued.

It also calls on music organisations to express their understanding of such challenges by signing up to a Code of Best Practice, and reaffirms its own commitment to launching the ‘world first’ mental health service by the end of the year.

The pledges form part of a new report by HMUK, which builds on a study last year suggesting two out of three music industry workers suffer from depression.

“This research is a crucial step forward in our understanding of the complex relationship between the working conditions of musicians and mental health conditions,” report authors Sally Gross and Dr. George Musgrave write.

“The honesty and poignancy of our interviewees has made possible this important work, and informed the service provision being implemented by Help Musicians UK, and for that we are truly thankful.”

26 professional musicians who took part in last year’s survey were contacted for in-depth qualitative interviews about how their working conditions have impacted on their mental health and wellbeing. Working in fields ranging from opera to dubstep, the interviewees included men and women of different ages, at different career stages and based in different parts of the UK.

Responses echoed previous comments about the precarious and unpredictable nature of a career in music, noting that the common need to work multiple jobs means musicians have little time or resources to access professional help.

Some said the pressure of their workload made them feel guilty for having time off, and another said they felt “the wolves at the door at any moment”.

“I wake up in the morning and the first thing I think about is money…it’s constant stress”, one dubstep producer from London added.

In addition, an environment of “constant critical feedback” caused those grappling with mental health challenges to feel isolated; and some reported experiences of sexual abuse, bullying, harassment and coercion, or related stories about the pressure placed on personal relationships.

Writing in The Guardian, renowned Concert Pianist James Rhodes described the extent of such challenges: “[I had] no income for five years, six hours a day of intense practice, monthly four-day long lessons with a brilliant and psychopathic teacher in Verona, a hunger for something that was so necessary it cost me my marriage, nine months in a mental hospital, most of my dignity and about 35lbs in weight.

“And the pot of gold at the end of the rainbow is not perhaps the Disney ending I’d envisaged as I lay in bed aged 10.”

In response to the findings, HMUK pledges to build a Mental Health Taskforce for the industry, which would work alongside key partners as a “forum for discussion” and support the creation of the Code of Best Practice.

In addition, the charity commits to advocating for change through the Music Minds Matter campaign, which supports the development of the upcoming 24/7 mental health service.

Director of External Affairs at HMUK, Christine Brown, said: “The British music industry is in rude health and has a world class reputation – but to continue the long-term wellbeing of the industry and its workers, we aim to create a constructive forum for discussion, partnership and collaboration.

“Through the new Music Minds Matter service, we are closer to providing the crucial support, advice and education the music community desperately needs. Together we can continue to chip away at the stigma, so that in the long term those working in the community never have to suffer in silence.”