Music A-level “in danger of disappearing from state schools”

The sharp warning from the Association of School and College Leaders comes as A-level data reveals the decline in entries for arts subjects has doubled in speed since last year. 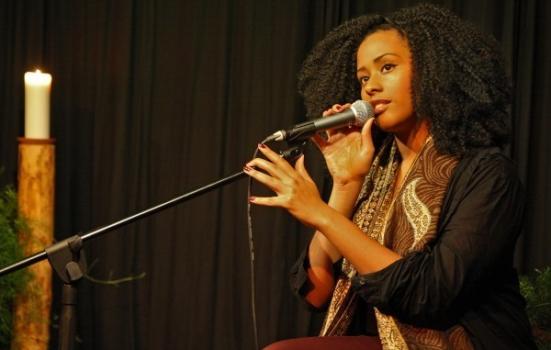 A-level music is “hanging on by [its] fingertips” in English state schools and colleges because institutions cannot afford to keep courses going, the Association of School and College Leaders (ASCL) has warned.

A survey by ASCL of more than 400 school and college leaders across the country found that just under four in 10 (39%) have cut back on lesson time, staff or facilities for music A-level over the last two years. 28% said that their school had made cutbacks in drama, and there were similar drops for languages (32% for French, 26% for German).

The findings come as students receive their A-level results, with figures revealing that the collapse in entries for arts subjects has doubled in speed since last year.

Just under a fifth (17%) of respondents to ACSL’s survey said their school had cut back on dance, and 31% reported reductions in design and technology. The report also reveals smaller declines in three subjects included in the English Baccalaureate (EBacc): history (10%), English language (13%) and English literature (11%).

Looking at A-level subjects overall, 69% of the educational leaders surveyed said their institution had cut back on lesson time, facilities or staff.

Commenting on the cutbacks to music and languages provision, Geoff Barton, General Secretary of the ASCL, said: “Their erosion will mean we have fewer musicians and linguists in the future, and this will have a long-term impact on related industries and on the number of teachers we are able to train in these disciplines.”

“The immediate solution is for the government to stop treating the 16-18 sector like the poor relation of education and improve the level of funding as a matter of urgency. In the longer term we need to boost these subjects at GCSE where they are also under pressure.”

A-level results show that the fall in entries for creative, artistic and technical subjects in English schools has accelerated. This year’s total drop of 4,282 is more than double the fall of 1,879 between summer 2016 and summer 2017.

Entries for art and design, design and technology, drama, media studies, music and performing and expressive arts, are down 4.6%, compared to the fall of 2.0% reported by AP last year. This is faster than the overall decline in entries to A-Level subjects, which this year fell by 1.8%, compared to a 0.6% fall last year. This is in part driven by the ‘decoupling’ of AS levels from final A-level exams, which has decreased the number of students choosing to take four subjects instead of three.

This follows significant drops last year, when music entries collapsed by 9.4%, and the numbers taking exams in performing and expressive arts fell by 13.5%.

There was also a sharp decline in entries for design and technology, the subject where at GCSE level, entries have consistently fallen by the largest proportion. This year there was a 9% drop in A-level entries to 9,703.

Deborah Annetts, Chief Executive of the Incorporated Society of Musicians, expressed “deep concern” about the decline in entries.

“With the Department for Education determined to pursue the EBacc despite evidence clearly demonstrating how damaging it has been to creative subjects, this trend is only likely to get worse,” she said.

“We urge the Government to urgently rethink their EBacc policy, which must be abolished to preserve access to a creative education in schools.”

According to the Institute for Fiscal Studies, by 2019/20, spending per pupil on education for 16 to 18-year-olds will likely be at similar levels, in real terms, to 30 years ago.

Underlining this challenge, 86% of respondents to ACSL’s survey named funding pressures as a cause of cutbacks. This compared to 54% who blamed the impact of decoupling AS and A levels, and 16% who said that difficulties recruiting teachers were responsible.

28 respondents said their sixth form was considering closing because of the difficulty in sustaining student numbers.

One school leader described funding pressures as “relentless”, saying they had cut the syllabus “to the bone”.

“Education is being provided for pupils on the basis of whether it can be afforded not whether it is right for the child’s needs,” the respondent added.

Sadly, this comes as no surprise. But think back to the time when Ed Vaizey was Culture Minister and finally got to publish his joke of a white paper (a year late), in which he dared to compare himself to Jennie Lee's famous 1965 predecessor policy paper. Despite the then Secretary of State for Education having recently stated that anyone who studies arts subjects for A-levels would be damaging their career prospects, Vaizey in 2016 expressed full confidence in her support etc. What a venal creep. ACE doesn't make too much noise about it all because they are terrified of weakening their monopoly control with the DCMS of the Treasury public money and Lottery for the arts. Here's what Raymond Williams (a former Vice-Chair of the Arts Council) astutely observed in an essay published in 1981: "The [Arts] Council are trustees not only for the public money but for public policy in the arts. I say ‘trustees’ but the accent has only to be shifted a little, to ‘trusties’, to name the most obvious danger. Imprisoned by the most convenient but weakest definitions, locked in by their Departmental sponsors and bankers, glancing nervously at the barons of the system who can make their term more comfortable, in any case pressed and hard-worked and seeing trees much more than the wood, they can indeed function as trusties, those other men in the middle whom neither side respects." Not much change there, then...