Conductor Simon Rattle and CEO of Sistema England Fiona Cunningham are among signatories to a letter decrying a writer’s ‘patronising’ arguments about musical notation. 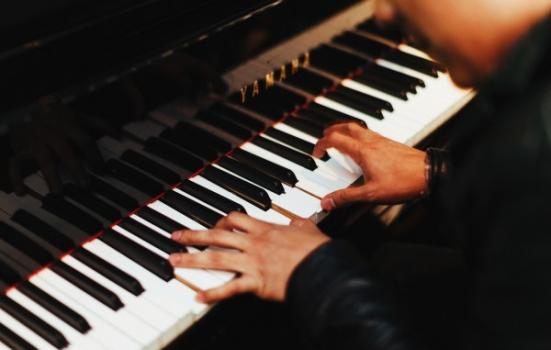 Almost 500 music leaders have signed a letter decrying the “anti-intellectualism” of a recently published Guardian feature, which argued children are “locked out” by overly academic music lessons.

Conductor Simon Rattle, Artistic Director of English Symphony Orchestra Kenneth Woods, and CEO of Sistema England Fiona Cunningham are among the 485 signatories to the letter labelling freelance writer Charlotte C. Gill’s comments in a feature on musical notation as ‘patronising’.

“While rightly noting the increasing chasm between state and private education in terms of music provision, her conclusions about musical notation and theoretical skills amount to simple anti-intellectualism,” the signatories write.

They continue: “We agree with Gill that aural and other skills are equally important as those in notation. However, through her romanticisation of illiteracy, Gill’s position could serve to make literate musical education even more exclusive through being marginalised in state schools yet further.”

Gill’s feature, titled ‘Music education is now only for the white and the wealthy’, argues music lessons have become increasingly hard to access in schools, with the emphasis on a theoretical understanding creating a situation in which “there is not only a wealthy elite presiding over music, but an academic one too”.

Speaking about music notation, she labels it a “cryptic, tricky language – rather like Latin – that can only be read by a small number of people, most of whom have benefitted from private education.

“Children who do not have the resources, or ability, to comprehend it, are written off. Even when they are capable performers.”

But this is challenged by the letter signatories, who say the argument “flies in the face of countless initiatives over two centuries making musical literacy available to those of many backgrounds”.

“As with written language, musical notation enables effective and accurate communication, as well as critical access to huge amounts of knowledge. In many musical fields, those without it will be at a deep disadvantage and dependent upon others.”

Signatories disagree with Gill’s assertion that pupils must work through a repertoire which is “old, mostly classical music”, saying these claims are unfounded and presented without evidence, and that “composers have been adding to its repertory for centuries and continue to do so”.

Pianist and musicologist Ian Pace is behind the letter, which has been submitted for publication to the Guardian but has not yet been published.

Gill’s feature has prompted a number of responses online, including blog posts from CEO of Sing Up Michelle James, Director of Music at Monkton Combe School in Bath George Bevan, and pianist and writer Frances Wilson.

“The strength of feeling about Gill’s article shows, I believe, the extent to which many believe that this relates to much bigger issues of educational provision that have been a living concern for some time,” Pace told AP.