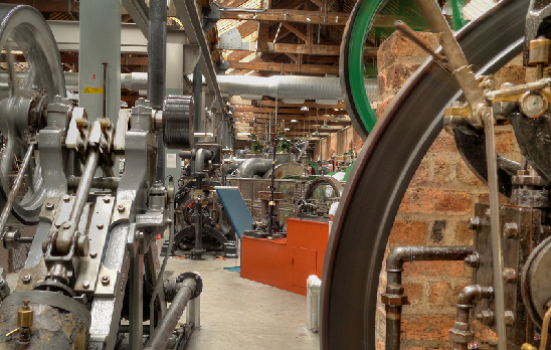 The Power Hall at Manchester's Science and Industry Museum has been closed for repairs
Photo:

Major British museums in need of "genuinely urgent or critical repairs" are papering over the cracks due to a lack of funding, a government watchdog says.

A report from the National Audit Office (NAO) indicates the Government would need to almost double the maintenance funding it's provided over the past five years to tackle roof repairs, fire safety works, security and other upkeep worth £413m.

As of July 2019, DCMS had identified 95 risks across 10 of the 15 museums it funds. About a fifth of these risks (19%) related directly to the need for repairs.

With cultural venues across the UK sitting idle during the coronavirus lockdown, critical maintenance issues may worsen.

"Some museums told us their full backlog of works is greater than that included in their submissions. Others said they do not know the full extent of their backlog," the NAO says.

"This presents the risk that problems with the estate will become greater and more expensive to fix in the future."

The poor condition of museums can present a threat to the public. The Science and Industry Museum in Manchester closed its Power Hall in April last year because its roof had deteriorated to such a point it was considered unsafe.

Cosmetic repairs hid the extent of the damage "and in some cases worsened the deterioration" of a portico at The Wallace Collection in London, the NAO says. Masonry fell from the terrace in August 2018 after the supporting beams deteriorated.

While both museums were fixed up, the repairs had knock-on financial effects as they were unable to use or hire certain spaces.

Grant-in-aid to the museums fell by 20% in real terms over the past decade, the NAO says.

And while museums have accessed other sources of funding, sponsorship and fundraising "often have conditions attached that only allow spending on public-facing elements of buildings".

As such, DCMS "has recognised that fully offsetting the reductions in grant-in-aid with alternative sources of funding is not always realistic," the NAO's report notes.

DCMS has struggled to get the capital funding it needs out of the Government in recent years. In 2019 HM Treasury allocated £42m for museum maintenance, 54% of what DCMS had requested.

But DCMS has also underspent on museums' maintenance. Between 2016 and 2019, the department did not use £196m of its capital budget.

Some of these underspends were caused by delays to projects. Museums told the auditors they "found it difficult to spend the money" given by DCMS within the timelines imposed.

"Money was therefore directed towards work that fitted the timescale, rather than the most-needed repairs," the NAO's report says.

Museums' issues with infrastructure are not unique: schools, hospitals and prisons face similar challenges to keeping their buildings in good shape.

The NAO says that DCMS' oversight and funding of its museums has been "constrained by wider political developments".

"The postponement of the 2019 Spending Review created uncertainty in capital planning for the Department and the museums, an effect also evident in other sectors, such as the NHS."