Museum and galleries funding must be “urgently” increased

A new report is heavily critical of the Mendoza Reivew, after identifying a gap between museum resources and the cost of acquiring art through auction. 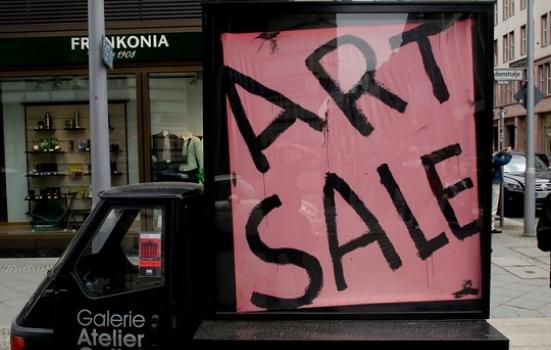 Funding for museums and galleries must be “urgently” increased, given evidence of stuttering wage-growth, falling investment and spiralling auction prices, a new report has concluded.

Commissioned by Art Fund and the Wolfson Foundation, the report also criticises the recent Mendoza Review of the museums sector, for brushing over systemic issues and offering few constructive proposals for resolving problems.

“Commissioning yet more DCMS reports, announcing additional policy initiatives, and constantly tinkering with so-called ‘delivery bodies’ are no substitutes for the increased government support for our museums and galleries that is belatedly required and urgently needed, and that other countries undoubtedly provide,” writes historian David Cannadine, author of the report, Why Collect.

He continues: “This report begins where the Mendoza Review neither began nor left off, which means that instead of giving comfort and reassurance, it express anxiety and concern.”

Exploring the historical context of public collecting and challenges of developing museum collections, the report identifies a large gap between the high prices for works on the international art market and the limited resources for acquisitions possessed by museums and galleries.

Cannadine cites the price of ‘Salvator Mundi’, the Leonardo Da Vinci painting sold last year for a record £341m, which amounts to over a third of the £839m total public funding allocated to museums and galleries in 2016/17.

The report recognises the contribution made by funders such as the Heritage Lottery Fund (HLF) to address this problem, but expresses concern that such sources are drying up. HLF has announced a reduction in its grant-making budget for 2018/19, leading Cannadine to suggest the funder may be less interested in providing funding for collections in the future.

The report also traces different approaches to sustaining and monetising collections, such as controversial decisions to sell prized works.

The Mendoza Review, which was undertaken in response to the 2016 Culture White Paper, estimated museum and gallery funding fell by 13% in real terms between 2007 and 2017. Cannadine criticises the Review’s recommendations for museums to use existing funding in the “best way possible” or to distribute it in a “more joined-up and strategic fashion”, when funding across the sector is insufficient and staff morale is low.

Equally, he questions the Mendoza Review’s decision to quantify museum visits across the UK, but not assess the quality or consequences of such engagement.

“The Mendoza Review may not accept that this deeply depressing picture amounts to a full-blown crisis in our museums and galleries, but it scarcely describes a flourishing sector, for there are clearly problems aplenty which need addressing,” Cannadine writes.

“Instead of passively acquiescing in a state of affairs that has in truth existed for far too long, the Review could have reiterated the case that additional funding ought to be given to museums and galleries as a matter of immediate urgency and high priority.”