MPs weigh in on dispute between National Gallery and PCS

The debate about privatisation of staff at the National Gallery spilled into the House of Commons, but Culture Minister Ed Vaizey refused to commit to clear intervention. 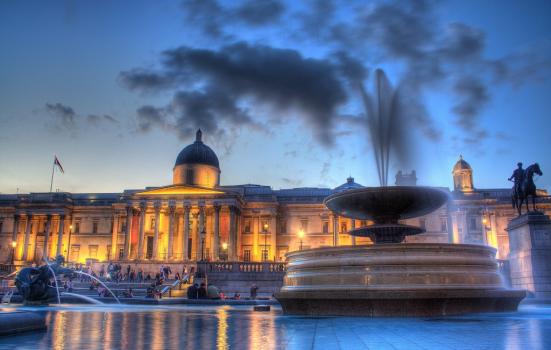 Minister for Culture Ed Vaizey brushed away strong calls from Labour MP John McDonnell and fellow backbencher Diane Abbott to intervene in the ongoing dispute between The National Gallery and the Public and Commercial Services Union (PCS) over the gallery’s plan to outsource visitor services. In a debate in the House of Commons, McDonnell called on the Government to guarantee a further meeting between the two parties to prevent “further damage” to the gallery. Vaizey ruled that such an interference would “not be appropriate” and that the National Gallery is already “doing what is needed to provide a service that meets the needs of the public today”.

Members of PCS have staged 45 days of strike action since February, in what McDonnell labelled “the most extended period of industrial action at the gallery in the history of British cultural institutions”. The campaign against plans to privatise 400 out of 600 jobs, including all visitor-facing staff, was galvanised by the gallery’s recent dismissal of union representative Candy Udwin, a move McDonnell criticised as “despicable”.

McDonnell highlighted an inconsistency in the gallery’s attitude to privatisation. In November 2013 a document published by the gallery stated: “There is a strong sense from the Executive that the quality of our VSS [Visitor Services and Security] team is best served by establishing a well trained and committed workforce in house.” The Labour MP pointed in addition to recent comments made by outgoing Director of the National Gallery Nicholas Penny, which implied he would rather keep visitor services in-house.

The MPs presented the National Gallery’s argument for privatisation: that it is having to extend opening hours and organise more fundraising events due to cuts to its grant-in-aid funding. These changes require staff to work more flexible hours, but the gallery claims both staff and PCS have “refused to agree to any changes”, forcing the gallery to outsource the roles. McDonnell claims this is “simply untrue”. He explained: “The union has put forward an alternative plan that proposes a new flexible contract that would guarantee the gallery all the flexibility it needs, as well as being supported by the staff. The union has persistently asked gallery managers and trustees for the opportunity to discuss the alternative plan properly, which it believes has never happened.”

The proposal of an alternative plan by PCS was “new information” to Vaizey, who said: “My understanding is that the National Gallery has made it clear to the unions that it would look at any alternative offer.” McDonnell pushed Vaizey to endorse a deadline for the gallery to meet with PCS within ten days, adding, “the National Gallery is funded by the taxpayer and has national significance, so it is a special case, where ministerial involvement is required”. Vaizey refused. Pointing to the five months of talks that have already occurred, he said the gallery must decide “whether it thinks the unions have come up with something that is qualitatively different from offers that have been made before and whether it is therefore appropriate to re-engage in any talks”.

The National Gallery told AP: “We have received a proposal, but have yet to fully consider it. We are currently waiting for confirmation of a date to discuss.”