Politicians questioned major ticket resellers on their ability to distinguish genuine ticket buyers from ‘bots’ and why the industry seems plagued by low approval ratings. 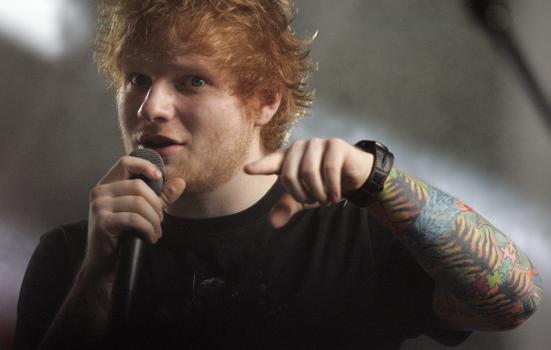 In a testy inquiry hearing into live music this week, MPs  grilled ticket resellers on “pitiful” trust ratings and whether enough is being done to sort genuine fans from automated software.

The DCMS Committee hearing is focusing on the economic, cultural and social benefits of live music, as well as the declining number of grassroots music venues. Building on last year’s inquiry into ticket abuse, it is also investigating problems stemming from the growth of the secondary ticketing market.

Committee members repeatedly questioned ticket seller Ticketmaster on how it identifies and blocks ‘bots’ – software used to buy tickets in bulk and sell them on at above retail price.

The Head of Ticketmaster UK, Andrew Parsons, was unable to say how many bot attacks on his company had been successful, as its systems consider all successful purchases to be made by humans. And he admitted that although the company had blocked 20 billion bot attacks globally in the past year, it was unable to pass information on these to prosecutors, as none was collected.

Tickets for shows such as Hamilton have been seen for prices of almost £6,000 on re-selling sites. A law set out in parliament earlier this year, which would apply an unlimited fine to touts using bots to buy and resell tickets, forms part of Digital Minister Margot James’ plans to protect “real fans” from “rip-off ticket touts”.

Particular scorn was directed towards major ticket reseller Viagogo, which has previously been labelled “the worst” by Margot James. The company had agreed to appear for questioning but informed the committee at the last minute that it would not be doing so, citing legal action the company has decided to undertake.

Committee chair Damien Collins rejected the company’s reasoning. He said the action was part of a “pattern of evasion” and was “disrespectful to the House and even more disrespectful to customers who have been victims over many years”.

“The reason I believe they have chosen not to appear is that they are concerned about incriminating themselves by the evidence that they give,” he added.

“I think the message that has come out today is if you want to be safe when buying tickets online, do not buy them from Viagogo because it is not a reputable company”.

Stuart Galbraith, founder of music promoter Kilimajaro Live, said the sector was starting to clear up “the acne that has built up”.

He added: “We are coming to the point where we have just got one more boil left to lance – Viagogo.”

Galbraith pointed out that Viagogo is not UK tax resident, and that any extra money spent on tickets above their face value does not go to the artists, via PRS licensing fees, or to HMRC.

MPs asked the assembled representatives whether more should be done to inform customers about where the tickets they sell have come from.

Galbraith said that distributors are “powerless” to track tickets once they pass through some secondary sites where regulation is not followed and unique ticket information is not transferred. In those instances, he said, it is “impossible” to know which tickets are no longer valid and should be cancelled.

In terms of addressing resold tickets, he said that 15,000 of the 1 million tickets sold for a recent Ed Sheeran tour were refused because they had been bought on a secondary site. Fans affected in this way were forced to apply for a refund from the place they had bought the tickets. Galbraith said that 99% subsequently secured a valid ticket at face value.

StubHub’s UK Managing Director Wayne Grierson stressed that when tickets are listed on its site, the company informs customers whether there is a poor line of sight or if a ticket is banned for re-sale.

But he said that instances where invalid tickets are sold are often the result of consumers sorting out their social calendar at short notice and being unaware of the terms and conditions of resale.

Grierson was repeatedly challenged on why his company – and other resellers – had “pitifully” low ratings on the online consumer review site Trustpilot. He said that StubHub has other metrics for measuring customer feedback, and blamed “rogue operators” for setting the tone in the industry and generating negative sentiment.

The inquiry follows recent news that two ticket reselling companies acquired by Ticketmaster, Seatwave and Get Me In, will be shut down. Speaking last month, Andrew Parsons said action had been taken because the company knows “fans are tired of seeing others snap up tickets just to resell for a profit on secondary websites”.

But he told the committee that the companies had been making a loss, and will continue to operate in the US. Collins asked whether the decision was therefore a commercial one, drawing a blank from the Ticketmaster boss when he was pressed on whether the “principled decision” would be applied in the US too if customers were to stop using the services.