A debate in the House of Commons lamented a tendency for venues to close when the cost of soundproofing falls on them after residential property is built nearby. 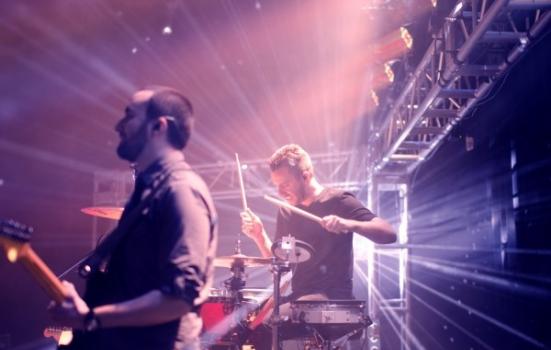 Members of Parliament have urged the Government to tighten national planning policy in a bid to protect music venues from closure when property developers move into nearby areas.

They argued onerous costs of complying with noise regulations could be addressed by introducing the ‘agent of change’ principle, used effectively to safeguard an entire street of grassroots venues in Cardiff earlier this year.

The MPs also sought recognition from Ministers about the negative impact of Brexit-related uncertainty on the music industry, and assurance that form 696 – a risk assessment for live events credited with ‘unfairly’ targeting grime music – would be scrapped.

“Across the UK, an estimated 35% of grassroots music venues have closed down over the past decade, including some in my own constituency,” said Conor McGinn, Labour MP for St Helens, who tabled the Commons debate last week. “That is hundreds of small businesses that have folded, and thousands of missed opportunities for young artists and performers.

“Many venues have closed down as a result of developers moving into an area to build flats and houses nearby.”

Jo Stevens, Labour MP for Cardiff Central, said success in protecting the city’s Womanby Street venues from noise reduction orders was due to collaboration with the Welsh Government, which has introduced the agent of change principle.

The principle makes new property developers responsible for ensuring residents are protected from noise and other factors if they are building near an existing venue, and vice versa if a new music venue were to open in a residential area.

McGinn said he “absolutely” wanted to see the principle rolled out across the UK, re-affirming his belief that several venues had closed after developers moved into the area.

“When that happens, the venues, many of which have operated successfully and without issue for decades, become vulnerable to complaints from new residents, which can threaten licences or result in new conditions for the venue,” he said.

“The financial burden for venues to install expensive soundproofing, for example, can be prohibitive, especially when they are operating with small margins.”

He continued: “The Government must urgently stop the rising tide of venue closures by enshrining such an agent of change principle into law here.”

The assembled politicians also warned about the impacts of Brexit-related uncertainty and re-issued calls for visa changes.

McGinn stressed the lack of clarity on a transitional deal is affecting the music industry, and “delaying investment opportunities and long-term planning”.

“As the changes take place, the Government must ensure that our artists, writers and creators receive due benefits under existing copyright rules, especially as the UK leaves the EU,” he said.

He drew attention to recent UK Music research which found half of musicians fear leaving the EU will have a negative impact on the music industry, and just 2% thought Brexit would have a positive impact on their chances of work.

James Frith MP echoed McGinn’s comments and called for an EU-wide touring passport for musicians once the UK leaves the EU to ensure musicians can continue to perform overseas.

Visa issues have been a constant fixture of post-Brexit discussions, with the Creative Industries Federation repeatedly urging the Government to adapt the visa system for all creatives.

Responding to the debate, DCMS Minister Tracey Crouch confirmed the Government was “exploring a range of issues”, including the agent of change principle, the impact of business rate on grassroots venues, the availability of suitable space, and form 696.

“The DCMS is working closely with the Department for Business, Energy and Industrial Strategy and the Intellectual Property Office to ensure that the music industry’s concerns are considered in the negotiation of the copyright package,” she added.