Mounting pressure for touring visas ahead of UK-EU meeting

The sector is not giving up on EU touring visas. But ideas as to what to do next differ. 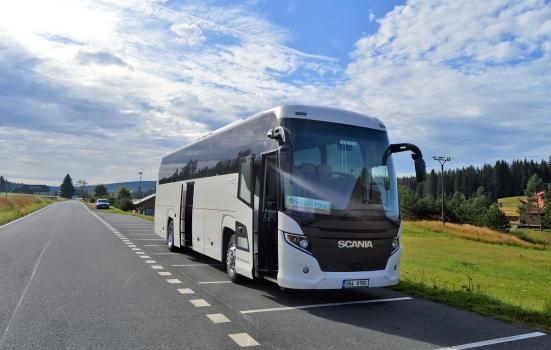 Traditional touring is no longer possible under new cabotage restrictions

The UK government is facing increasing pressure to address or alleiviate burdens of post-Brexit touring that make it "virtually impossible".

The live performance sector has launched a pressure campaign to renegotiate EU touring visas ahead of a meeting between Cabinet Office Minister Michael Gove and European Commission Vice-President Maroš Šefčovic in London this week.

However, there's no sign touring will be on the agenda. While Culture Secretary Oliver Dowden has indicated the Government may provide grants or assistance to meet new regulatory costs, he said sector groups should lobby EU governments themselves for lesser restrictions.

At a parliamentary debate on Monday, Culture Minister Caroline Dinenage reinforced that view. However, she noted the withdrawal arrangement included an agreement to work towards "efficient" customs regulations, including making it easier to apply for and use carnets.

A DCMS-led Cultural and Creative Touring Group, comprised of industry and government representatives, has been established to find ways to cut costs and bureaucracy and advance possible bilateral arrangements with individual EU nations.

"This is about action and not words. It is about working collaboratively and urgently to address the range of issues raised with a view to improve processes and reduce burdens to the sector touring confidently in the EU," Dinenage said.

"It’s not just about the government doing everything. The music industry and other performing sectors can all play their part. These are incredibly influential groups and we look forward to pushing this forward together."

But this isn't enough to satisfy the Government's harsher critics: "It's really not acceptable for the Secretary of State to tell musicians that it's somehow their job to sort that out - that's his job," Labout MP Harriet Harman said.

"Every individual musicians and organisation says the same; we have to listen."

It's a hurdle that touring industries won't be able to surmount, he said

"There's a temptation to think there's resilience there, but there's not."

Key figures in the sector are investigating all options for addressing the Government's reluctance to renegotiate touring visas and finding a workable solution.

An open letter by the Carry On Touring campaign signed by nearly 300 people on Monday called for "the creation of reciprocal arrangements for specified work between the
EU and the UK", potentially through a similar system to ETIAS, an EU visa waiver scheme that comes into effect next year.

Ian Smith, Founder of camapign group UK Europe Artswork, suggested the UK could adopt a similar pre-authorisation system: "By simply having a tick box on either system, you could be an exempted occupation," he told MPs.

"If the UK could offer the same thing, without a certificate of sponsorship, we would then instantly get rid of that requirement for a work permit in the UK and a work permit in any of the EU 27."

A campaign meeting prior to Monday's debate highlighted differing ideas about how best to achieve meaningful change for touring artists.

While UK Music Deputy CEO Tom Kiehl said accepting the situation and exploiting the Government's willingness to provide financial support may be the best approach, Lord Michael German disagreed with such a "trade-off".

"In my view that's not going to help... it won't remove the barriers.

"This red brick wall that the Government has built between itself and the EU on freedom of movement is the one that must be removed first. That has to be the challenge for everybody, to try get people to start talking."

Musicians have stressed that new regulations around carnets and cabotage - the right to tansport services - will usher in prohibitive costs and making multi-national touring, especially at short notice, "virtually impossible".

The Carry On Touring open letter says carnets, which start at about £400, are "a significant cost to touring professionals". It asks the Government to both ensure they won't be necessary in the EU and provide grant support where they are required.

Cabotage restrictions mean trucks and tour buses can only make up to three international movements before they must return to the UK within seven days.

Motionhouse Co-Founder Louise Richards said a usual tour for the company was seven countries in two weeks: "This removes our ability to be agile and responsive to our EU partners."

Tour bus company Fly By Nite has found a workaround: forming a European company based in Dublin.

"A portion of our fleet will be re-registered with Irish plates… this will allow us to work freely within the EU member states rules and regulations," the company said.