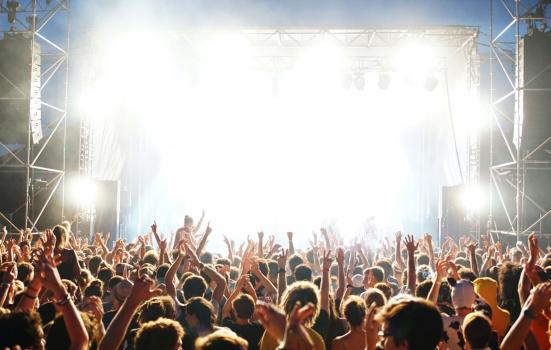 The World Health Organisation has warned that festivals this summer might serve as super-spreader events for monkeypox after many cases were linked to large events or parties, calling on organisers to raise awareness of the disease.

“Large gatherings may represent a conducive environment for the transmission of monkeypox virus if they entail close, prolonged and frequent interactions among people”, exposing them “to contact with lesions, body fluids, respiratory droplets and contaminated materials”, a WHO spokesperson said.

The UK Health and Security Agency (UKHSA) has identified 846 cases across the country as of 22 June, in the largest outbreak of the disease outside Africa.

On 15 June, 42 member states had reported 2,103 confirmed cases this year, 98% of them since May. 84% of confirmed cases are from the WHO European Region, with the largest number in Britain, followed by Germany and Spain, all big music festival centres.

“We want everyone to enjoy going to festivals safely this summer, which is why we’re advising people to be aware of monkeypox symptoms to help prevent further spread,” said Dominic Mellon, Incident Director for Monkeypox at UKHSA.

He said that anyone with “an unusual rash or lesion on any part of your body, especially your genitalia, or any other monkeypox symptoms”, should not attend any event or venue where they will mix closely with others.

People with monkeypox could be infectious for up to four weeks and should isolate until they have completely recovered, WHO warned.

In the busy summer festival season, what can organisers of large gatherings do to limit the possibility of transmission?

While postponing or cancelling gatherings is unnecessary, organisers should take precautionary measures and “monkeypox-associated risks should be considered and factored in”, the WHO spokesperson said.

Festival organisers should share “information on epidemiology, transmission and prevention of monkeypox” with attendees in advance.

Although “the risk of airborne transmission is very low”, according to UKHSA, some measures used to help curb the spread of Covid-19 are also effective against the spread of monkeypox.

Festival staff should encourage attendees to keep physical distance where possible and to practice regular handwashing, the WHO spokesperson said, adding that festivals “should be used as opportunities for information outreach and community engagement”.

Part of the public awareness spread by festival organisers should include advice to avoid sexual contact with anyone showing symptoms consistent with monkeypox.

“Attendance lists for participants in gatherings can be introduced, if applicable, to facilitate contact tracing in the event that a monkeypox case is identified,” the spokesperson advised.

Festival organisers are also advised to provide staff responsible for dealing with attendees who fall ill with information on how to identify and manage signs and symptoms consistent with monkeypox.

“Monkeypox has been around for years and years, obviously there’s just been a resurgence recently,” said Nick Dunne, Head of Business Development at Brook, a sexual health charity that offers support, hands out free contraceptives and provides information about follow-up services at several of the UK’s biggest summer festivals.

The charity began to operate a stand in the health and wellbeing tents at six festivals after noticing that “following certain festivals STI rates would increase and reports around sexual harassment were increasing”, he said.

He stressed that monkeypox isn’t an STI but said that all of Brook’s clinical staff at festivals this summer “will have been trained around the new processes or the processes around it”.

“It's not something that we will be promoting at the festivals but if we get asked questions around it or if there are any concerns or fears then obviously we’ll talk to those people and advise around what the protocols are and where to go for support,” he said.

He said festival goers should be advised to avoid physical contact with anyone showing signs of legions or sores but said that prevention will be difficult since no form of PPE is 100% effective against the disease.

“The difficulty with monkeypox is when you’re in a crowded space with thousands of people making skin-to-skin contact, it’s quite difficult to mitigate against it,” he said.

“What we're saying is, ‘If you feel unwell or have any symptoms, you have a personal responsibility to not go to a festival or not go to a crowded place and actually seek support beforehand.’”

The majority of cases of monkeypox in Britain have been identified among gay, bisexual and men who have sex with men, but monkeypox can affect anyone, regardless of gender, age and sexual orientation.

The high number of cases reported among communities of men who have sex with men is reflective of the frequency with which certain communities visit sexual health clinics for check-ups, not a reflection of the way the disease spreads, Dunne stressed.

“What's happened – and what happens a lot with STI rates and picking up on STIs – is LGBT+ people and people of colour tend to be tested more often,” he said.

“The message is: it can affect anybody, the same way that other STIs can, so everyone should take precautions and this isn't just something that affects LGBT+ people or people of colour.”