Arts Council England must ensure that hubs do more to promote social mobility, but rural hubs will be offered no extra funding to cover their higher cost base. 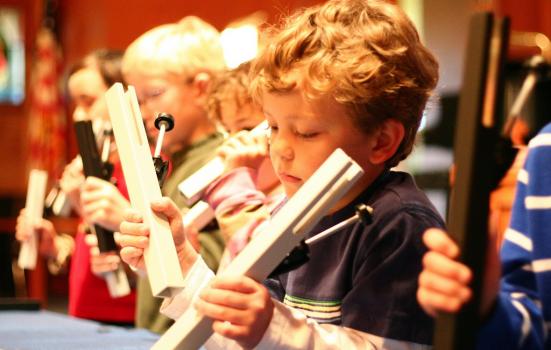 Schools Minister Nick Gibb has stated that there will be no changes to either the role or funding formula for music education hubs until at least 2020.

The decision follows a Department for Education (DfE) review of England’s network of 121 music hubs over the past year.

In a letter to Darren Henley, Chief Executive of Arts Council England (ACE) – the body responsible for distributing funding to the hubs – Gibb points out that although hubs were always intended to serve the needs of disadvantaged pupils, evidence shows that “fewer disadvantaged pupils have instrumental lessons or take part in musical ensembles”.

“Social mobility is a key priority for the Government, and so we are looking at all our programmes to see how we can ensure they serve the needs of disadvantaged pupils and those from ordinary working families,” he wrote.

Last year the third annual review of music hubs, which were originally set up in response to the National Plan for Music Education, found that they had made little year-on-year progress engaging young people with special educational needs.

Gibb has tasked ACE with supporting and challenging the hubs to “focus particularly on provision that is accessible and appropriate for disadvantaged pupils, those with disabilities and those with special educational needs”.

His view on this was influenced, he said, by a meeting with the One Handed Musical Instrument Trust. “Disabled children should have the right support to enable them to play a musical instrument. I look to hubs and schools to work together to remove barriers, including where appropriate through providing adapted instruments or other equipment.”

No additional money will be available to support these ambitions. Gibb has rejected any changes to the funding formula for Music Hubs – a decision that will particularly disappoint rural hubs, which have been calling for additional funds in recognition of the additional costs they face.

He said: “No funding formula is perfect. The current formula is based on each hub’s share of the pupil population, with extra weighting given to the number of disadvantaged pupils in each area. We have concluded that we should retain the formula until 2020.”

Last year, the DfE confirmed it would maintain the £75m-a-year funding level that music hubs have received since 2015/16 for the next four years when it ringfenced £300m for the scheme until 2020.