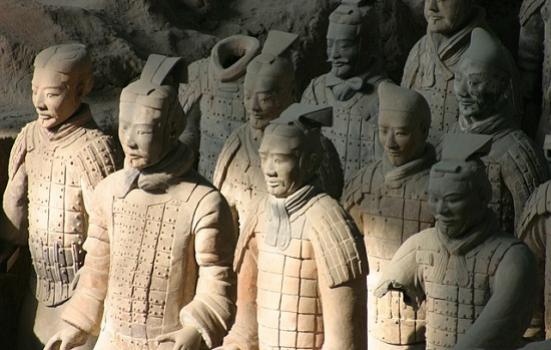 Major museums and galleries across England welcomed 2.5 million more visitors in the last financial year than in 2017/18, official figures show.

Popular exhibitions such as the Terracotta Warriors at National Museums Liverpool, the Lorenzo Lotto Portraits at the National Gallery, and First World War Centenary installations at the Royal Armouries and Imperial War Museum sites led to growth in admissions of between 1% and 20% at eight institutions. National Museums Liverpool, the Royal Armouries, Royal Museums Greenwich, and Sir John Soane’s Museum each recorded their highest annual visitor numbers in a decade.

DCMS claimed the total of 49.7 million visitors at the 15 museums and galleries it sponsors represented a “record breaking year”. But its calculations did not include historic admissions data for Tyne and Wear Museums, which the department has not funded since April 2015, or the Geffrye Museum, which closed for refurbishment in January 2018.

Considering the raw figures, the highest recorded number of visitors to DCMS-sponsored museums – 50.8 million – in fact occurred in 2014/15.

A ‘kids go free’ campaign at the National History Museum has been credited with leading to a 27% increase in the number of children visiting there.

Half a million more under-16s visited DCMS-sponsored museums and galleries last year (up 5.9%), representing 17% of all visits. The number of visits facilitated by schools and other educational institutions also grew slightly to just over 2 million (up 4.5%).

International visitors continued to make up nearly half of all admissions. These rose by 6.1% on 2017/18 to reach 23.8 million people.

DCMS-sponsored museums make up seven of the 10 most popular free attractions in the UK. The British Museum, Tate Modern, Natural History Museum and V&A were also among the 10 most popular art museums worldwide last year, together attracting 12.3 million overseas visitors.

Arts Minister Helen Whately said England’s museums were “going from strength to strength and attracting audiences from all over the world”.

“It’s fantastic to see the huge rise in the number of visits by children and young people, showing that our museums and galleries are doing a great job of attracting new audiences and reaching a new generation.”

DCMS-sponsored museums and galleries grew their self-generated income by 5% in the last financial year, injecting an extra £14m into the sector.

Sir Ian Blatchford, Chairman of the National Museum Directors’ Group, welcomed the increase, saying it “reflects the creativity and ingenuity of those who work in our sector”.