Culture is critical to the satisfaction levels of London’s visitors, according to a new report that lays out plans for boosting tourism across the capital. 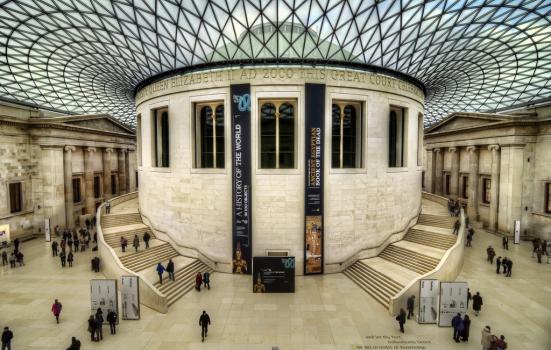 Investment in London’s cultural infrastructure is one of the key components of a new vision for tourism in the capital put forward by London & Partners, the Mayor’s official promotional agency.

The creativity and innovation of the arts and culture sector is described as playing “a huge part in the city’s global appeal and success” and attracting cultural tourists, who are estimated to spend £7.2bn in London every year.

The vision is officially endorsed by Mayor of London Sadiq Khan, and dovetails with his ‘24-hour vision’ for London, which sets out plans to extend the city’s nightlife by offering more out-of-hours cultural opportunities.

The report, A Tourism Vision for London, recommends preserving the parts of London’s cultural infrastructure that have been identified as being at risk.

Some of London’s top museums and attractions draw more than half of their visitors from overseas and the report identifies culture and heritage as a magnet.

It notes that “culture is critical to the London visitor’s itinerary and satisfaction levels”. A survey has revealed that museums and galleries feature among the top five drivers for visiting the capital, while theatre, music and performance is the tenth highest driver.

Plans for realising the vision will involve activity in four areas:

The tourism industry is being encouraged to curate content into seasons or themed months, to create incentives to travel to the UK during off-peak periods, and to develop existing events in off-peak months into larger, more internationally recognised occasions.

Better practical information about transport and a better pedestrian experience are thought to be important ways of persuading visitors to navigate London more widely, and enable visitors to “experience the capital like a Londoner”.

Thursday, 09 April 2020
Audio description charity VocalEyes is inviting users of this technology to tell them what the characteristics of a "perfect audio description system" would be. Different systems are currently used... read more

Thursday, 09 April 2020
The Government has indicated that it will enable theatres and other cultural venues to keep Gift Aid on payments made for events cancelled due to coronavirus. The Charity Tax Group and others... read more
(UK Fundraising)