Nuffield Southampton Theatres was cited as an early victim of the Covid-19 crisis when it went into administration in May. But a new report reveals the venue was in trouble before the lockdown began. 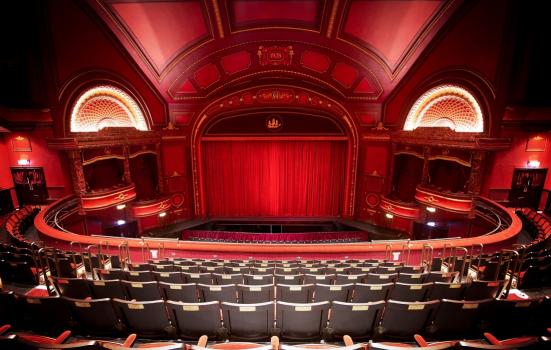 Studio 144, the former home of Nuffield Southampton Theatres, will live on under new management as Southampton City Council makes plans for its future.

The Mayflower Theatre Trust, which runs a 2,300-seat venue in the city, is now in talks with the council and its partners over the future operation of the Studio 144 building.

Nuffield Southampton Theatres (NTS) went into administration in May, prompting administrators Smith & Williamson to invite interested parties to apply to take over the business and its assets.

READ MORE: Will Gompertz: Why did the Arts Council kill The Nuffield?

If successful, this move could save at least some of the jobs of 87 former NTS staff. One has already been made redundant and the rest are furloughed while the Nuffield is “mothballed” under the administrators.

The Nuffield is widely cited as an early victim of the Covid-19 crisis, having announced its closure at the beginning of May. At the time, administrators said this was due to “unprecedented pressure on cash flow in the wake of the Covid-19 outbreak" and that the lockdown resulted in "a flood of refund requests and little in the way of advanced bookings".

Studio 144 is the flagship venue at the heart of the city’s Cultural Quarter. It opened in 2018, 15 years after it was originally proposed and two years after it was scheduled to open. According to the administrators, the delay – coupled with structural problems with the building even after it opened – “caused the company to expend significantly more resources (both in management time and money)” than planned, culminating in a £507,000 loss in 2018/19.

Although the Nuffield recovered to a breakeven position by March 2020, Arts Council England (ACE) “had concerns as to the company’s performance” and even before the coronavirus lockdown, the Nuffield was due to leave its National Portfolio in March.

The company requested that ACE provide its remaining grant funding to support the development of a new business plan, but the request was rejected after external consultants advised that there was a risk the company may become insolvent.

The Nuffield’s Board disputed the report and provided an alternative forecast, but this was rejected by ACE, which announced on 1 May that it was withdrawing all funding, forcing the venue’s closure.

Eighteen expressions of interest for Nuffield’s business and assets were pursued, but the sale process was hampered by uncertainties over when theatres would be able to open and under what conditions.

The Mayflower is proposing to develop a creative hub at Studio 144 and reopen the building soon. ACE has ringfenced up to £1.9m for “exciting, high quality work that will benefit communities in Southampton”.

Councillor Satvir Kaur, Cabinet Member for Homes and Culture at Southampton City Council, said: “At the heart of our ambition is the desire to find a sustainable cultural solution that benefits our communities and the city, and we believe that the Mayflower Theatre provides that opportunity.”

Phil Gibby, Arts Council South West Area Director, said: “We are extremely pleased that an applicant has emerged from the Southampton City Council process to find an operator for Studio 144. We look forward to continuing to work with Southampton City Council as part of our ongoing commitment to arts and culture in the city, as well as engaging with The Mayflower Theatre Trust in further conversations.”