Manifesto to promote the value of public art

Artists and arts professionals have upped their campaign for art to be central to placemaking by producing a new manifesto. 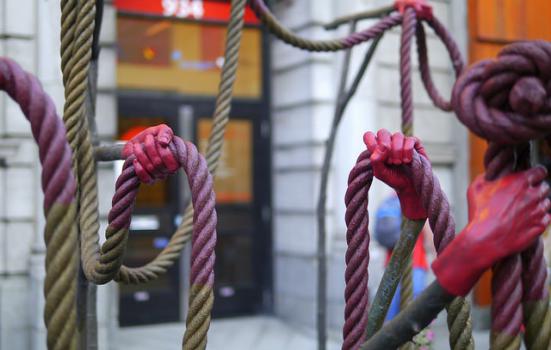 A new manifesto for public art is intending to challenge general perceptions of art as an ‘ornamental extra’ and to highlight its role in regenerating urban spaces and “stimulating a successful people-centred economy”. It was drawn up by a collection of artists and arts professionals, led by BEAM, following a series of open forums to discuss these issues. In the manifesto the group points out that while public art is largely valued by the public, its role tends to be “misunderstood, undervalued, and marginalised” – leaving the eventual output “often bland, disconnected from place, designed ‘by committee’, poorly executed, or ‘bolted on’ to existing designs.” It is issuing the document to push for the arts to become central to placemaking initiatives and has submitted a copy, together with an accompanying essay by writer Graham Henderson, to the House of Lords Select Committee on the Built Environment, chaired by Baroness O'Caithlin.

Among the proposals in the manifesto are calls for the introduction of an Artistic and Cultural Audit in Local and Neighbourhood Plans and a more robust approach to financing the public arts. It notes that within the built environment and related professions, some people are unaware of or even hostile to the arts, and sees the education and training of environment professionals, engineers, public realm managers and local authority officers as a priority. The authors end by asking arts professionals to pledge support for the themes in the manifesto and provide examples of the arts in the public realm for use in lobbying, including submissions to the ongoing consultation on the DCMS White Paper for the Arts.

The manifesto comes a year after the publication of the independent Farrell Review of Architecture and the Built Environment 2014, commissioned by Culture Minister Ed Vaizey, which advised government that the contribution made by the cultural sector to the planning, design and animation of the public realm should be reinforced. The review prompted a series of cross-disciplinary open discussions and ‘Big Meets’ to debate the proposals. Participants in the conversations are joining forces under the umbrella of the ‘Place Alliance’ – a movement intending to produce a ‘step change’ in how built environment and public spaces are regarded and in the skills and knowledge needed to make ordinary places better, with the arts at their core.

The Greater London Authority’s Deputy Mayor for Education and Culture Munira Mirza, writing for AP, expressed broad sympathy with the points in the manifesto: “A city cannot live by concrete and glass office buildings alone – it needs a soul. Artists are crucial to that.”